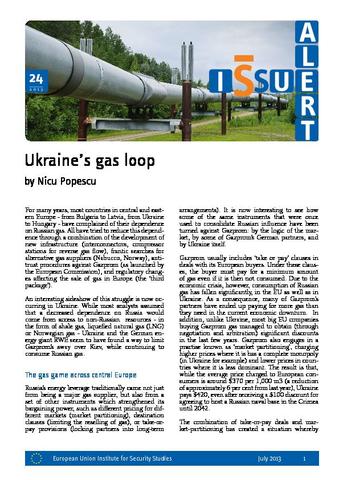 For many years, most countries in central and eastern Europe - from Bulgaria to Latvia, from Ukraine to Hungary - have complained of their dependence on Russian gas. All have tried to reduce this dependence through a combination of the development of new infrastructure (interconnectors, compressor stations for reverse gas flow), frantic searches for alternative gas suppliers (Nabucco, Norway), anti-trust procedures against Gazprom (as launched by the European Commission), and regulatory changes affecting the sale of gas in Europe (the ‘third package’).

An interesting sideshow of this struggle is now occurring in Ukraine. While most analysts assumed that a decreased dependence on Russia would come from access to non-Russian resources - in the form of shale gas, liquefied natural gas (LNG) or Norwegian gas - Ukraine and the German energy giant RWE seem to have found a way to limit Gazprom’s sway over Kiev, while continuing to consume Russian gas.