Tunisia: the end of the beginning 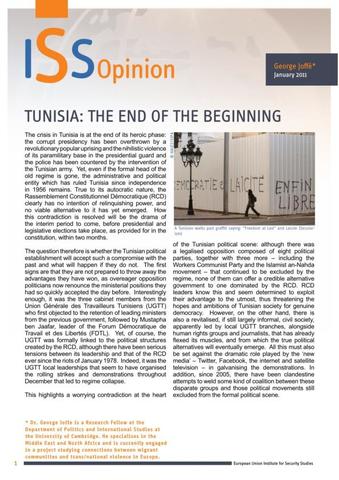 The crisis in Tunisia is at the end of its heroic phase: the corrupt presidency has been overthrown by a revolutionary popular uprising and the nihilistic violence of its paramilitary base in the presidential guard and the police has been countered by the intervention of the Tunisian army.

Yet, even if the formal head of the old regime is gone, the administrative and political entity which has ruled Tunisia since independence in 1956 remains. True to its autocratic nature, the Rassemblement Constitutionnel Démocratique (RCD) clearly has no intention of relinquishing power, and no viable alternative to it has yet emerged.  How this contradiction is resolved will be the drama of the interim period to come, before presidential and legislative elections take place, as provided for in the constitution, within two months.