Tunisia: a chance for democracy 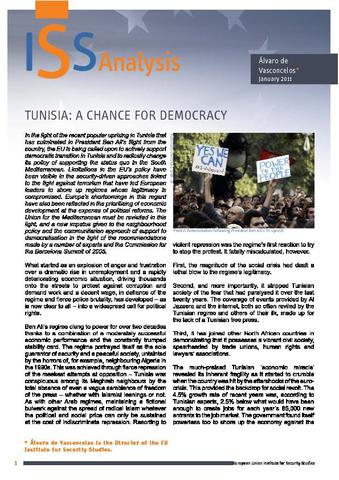 In light of the recent popular uprising in Tunisia that has culminated in President Ben Ali’s flight from the country, the EU is being called upon to actively support democratic transition in Tunisia and to radically change its policy of supporting the status quo in the South Mediterranean.&nbsp;&nbsp;
Limitations in the EU’s policy have been visible in the security-driven approaches linked to the fight against terrorism that have led European leaders to shore up regimes whose legitimacy is compromised. Europe’s shortcomings in this regard have also been reflected in the prioritising of economic development at the expense of political reforms.&nbsp;&nbsp;
The Union for the Mediterranean must be revisited in this light, and a new impetus given to the neighbourhood policy and the communitarian approach of support to democratisation in the light of the recommendations made by a number of experts and the Commission for the Barcelona Summit of 2005.