A stronger Europe in a world of challenges 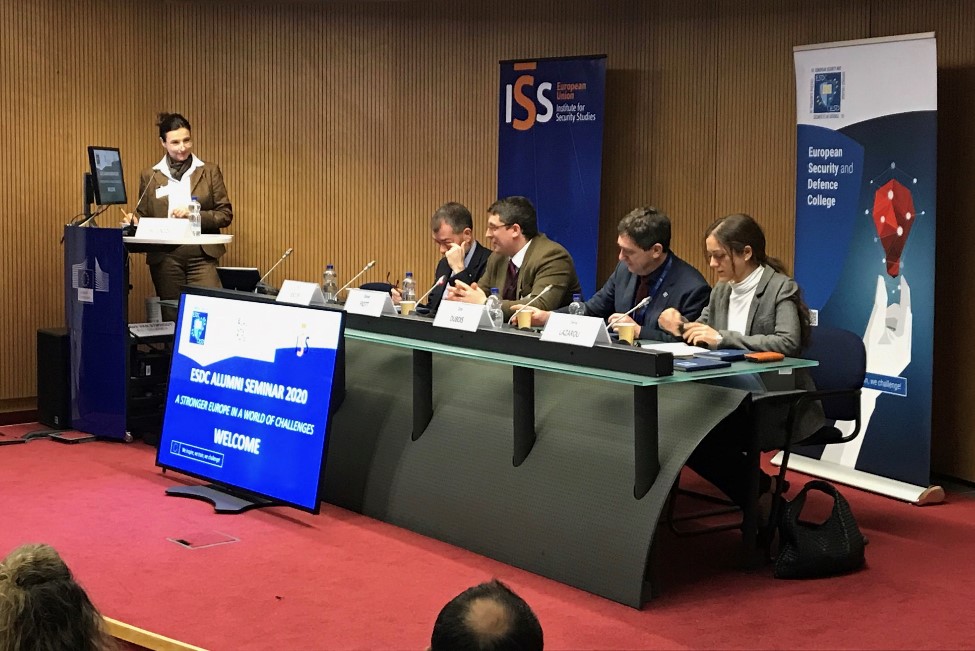 On 21 February 2020, the EU Institute for Security Studies (EUISS) and the European Security and Defence College (ESDC) organised a seminar on the EU’s position in an increasingly challenging international environment. Organised under the auspices of the Croatian Presidency of the Council of the EU and hosted by the European Commission, the EUISS and ESDC welcomed speakers from the European External Action Service, the European Parliamentary Research Service and academia, as well as former Heads of EU CSDP Missions. The audience was comprised of EU officials and representatives from the ESDC’s alumni network.

The panel sessions focused on the challenges facing Europe both on the strategic-political level and on an operational level as regards CSDP missions and operations. The speakers discussed the increasingly challenging geopolitical context and the respective adaptation of the EU’s foreign, security and defence policy, while also underlining the internal obstacles and contradictions that complicate the Union’s objective of asserting itself as a fully capable, relevant and credible geopolitical actor. Additionally, panel experts discussed the shifting nature of CSDP missions, including through the emergence of the comprehensive and the integrated approaches for peace and security. Moreover, they reflected on the challenges facing the EU’s deployments and on their impact on the ground in terms of achieving their desired goals.