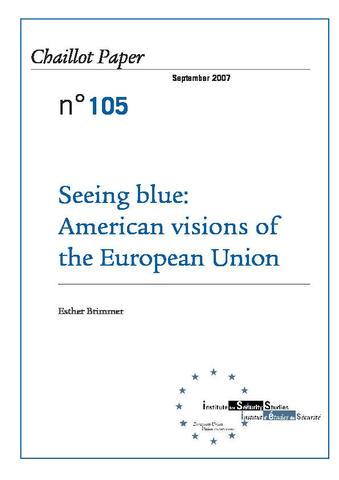 For six decades the United States has supported European integration, yet many Americans have an ambivalent attitude towards the European Union. American views of the EU influence transatlantic relations and shape options available to policymakers. Some Americans see the EU as the culmination of historic efforts to ensure peace, stability and democracy on the continent, while others consider the Union an elaborate scheme to create a rival to US hegemony. Still others dismiss the EU as irrelevant. While the US-EU relationship is less acrimonious than in 2003, there are still tensions in the relationship. Most of these are political, but some are structural. The political ones can be solved by changes in policies and policy-making personnel; the structural ones cannot. These have to be addressed and managed. The political issues concern different interpretations of interests among EU members and in the US. These are normal policy differences. On the structural side, there are differences in political institutions, economic strength and energy dependence. In the light of political and structural issues, how do Americans view the European Union and what effect do these perceptions have on transatlantic politics? This Chaillot Paper explores American perspectives on the EU, particularly as a global strategic actor. Americans’ views of the EU do not simply run along party political lines; instead there is a complex range of opinion. This volume identifies and analyses different schools of thought. Building on this framework, the paper considers American views on themes ranging from the European Security and Defence Policy to European diplomatic engagement with China, Russia, and Iran, cooperation on global issues, and relations between the EU and NATO. The paper also considers transatlantic relations in the context of American electoral politics.