29 March 2017
By
With contributions from 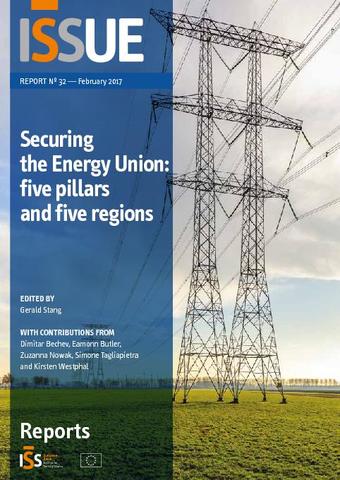 Two years after the EU formally launched its strategy for an Energy Union, this Report examines the energy challenges facing the different regions of Europe, investigating shared priorities and common projects, as well as barriers to integration and cooperation. A series of chapters devoted to distinct regions examines what role the Energy Union can play to help address their energy challenges, including those related to energy security and relations with external suppliers. The Report also looks at efforts to push forward with the construction of the Energy Union via regional initiatives, including some that reach beyond the borders of the EU.  Such initiatives have shown how progress on all five pillars of the Energy Union is important for the energy security of the EU and how progress need not be uniform across Europe. Notably, the deepening and interconnection of energy markets – nationally, regionally, within the EU, and beyond its borders – are central to this process

Shaping (not just surviving) the future of energy