31 July 2018
Edited by
With contributions from 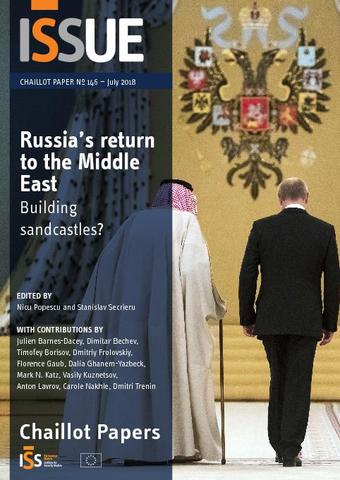 Russia’s political, diplomatic, military and economic footprint in the Middle East and North Africa has expanded visibly over the last decade.

This Chaillot Paper provides a detailed account of Russia’s spectacular return to the region. The paper depicts how major regional players have adjusted to the new reality but also addresses the question of whether Russia will be able to sustain its geopolitical ambitions in the Middle East.