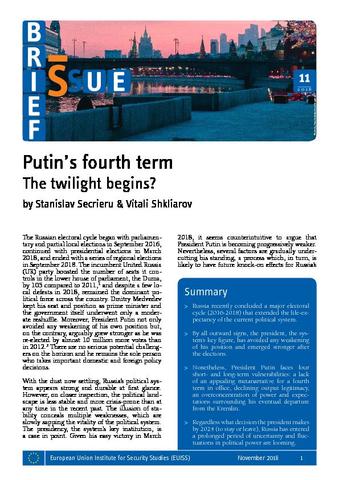 Moreover, President Putin not only avoided any weakening of his own position but, on the contrary, arguably grew stronger as he was re-elected by almost 10 million more votes than in 2012.2 There are no serious potential challengers on the horizon and he remains the sole person who takes important domestic and foreign policy decisions. Nevertheless, several factors are gradually undercutting his standing, a process which, in turn, is likely to have future knock-on effects for Russia’s entire political edifice. What vulnerabilities does President Putin face in his fourth term in office? What are the drivers behind them? And how might these play out in the future?