22 October 2012
By
With contributions from 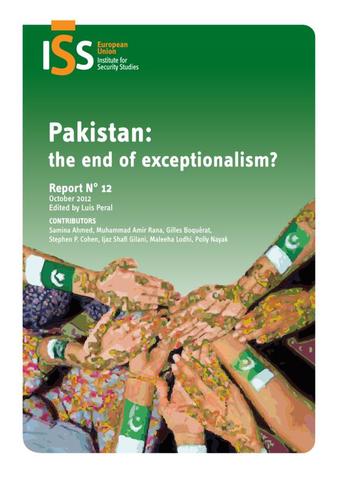 Pakistan is often approached by external analysts as a unique and challenging security problem which poses serious threats to the international community. The Pakistani people also tend to believe, if for different reasons, in their country’s exceptionalism. The consolidation of democracy will be made more difficult under these circumstances, since the consolidation process inevitably entails a ‘normalisation’ of political and institutional life. Exceptionalist approaches tend to be self-perpetuating, without giving the population a chance to build on their own strengths.

Domestic and international actors who have influence over Pakistan should be aware that democratic consolidation will be difficult in a climate of general distrust. International support, in particular, should proceed with the goal of moderating catastrophic perceptions of domestic tensions and external threats which can lead to extraordinary measures and excessive responses adopted as a result of such perceptions. This does not mean, of course, that the challenges Pakistan is facing should be underestimated.

Even if democracy is consolidating, tensions among constitutional institutions and powers are acute and will remain so for some time to come. Prime Minister Gilani has been forced to resign by the Supreme Court and his successor has been ordered to proceed with a corruption investigation against President Zardari. Considering how important the judiciary, led by the current Supreme Court Justice, was in helping bring an end to the Musharraf regime, there is hope that the current tussle does not represent a threat to the democratic regime as well. In the past, judicial activism of this kind was likely to be traced back to the most powerful political actors in the country: the military.