Opening up European defence markets: the challenges ahead 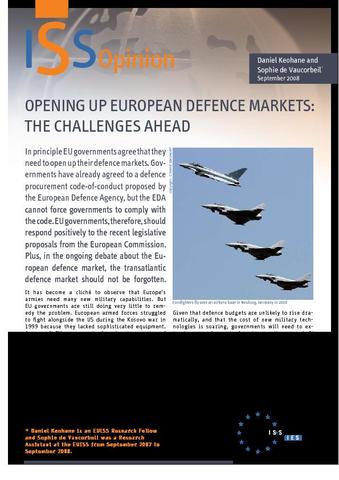 It has become a cliché to observe that Europe’s armies need many new military capabilities. But EU governments are still doing very little to remedy the problem. European armed forces struggled to fight alongside the US during the Kosovo war in 1999 because they lacked sophisticated equipment.

As a result EU governments signed up to a number of “headline goals” to improve their military prowess. But it is hard to find much concrete evidence of real improvements in European military equipment over the last decade.

Moreover, the budgetary challenge faced by European defence ministries is great. The cost of defence equipment is rising by six to eight per cent a year – whereas defence budgets are static – and the growing number of operations is consuming money that had been set aside for buying new equipment.