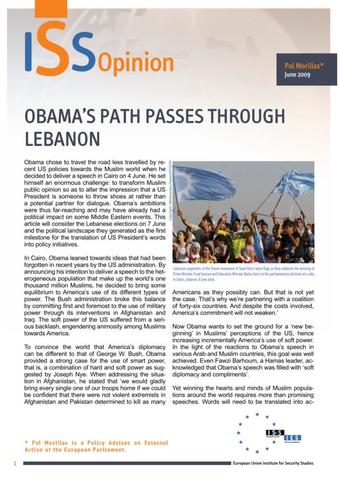 Obama chose to travel the road less travelled by recent US policies towards the Muslim world when he decided to deliver a speech in Cairo on 4 June. He set himself an enormous challenge: to transform Muslim public opinion so as to alter the impression that a US President is someone to throw shoes at rather than a potential partner for dialogue.

Obama’s ambitions were thus far-reaching and may have already had a political impact on some Middle Eastern events. This article will consider the Lebanese elections on 7 June and the political landscape they generated as the first milestone for the translation of US President's words into policy initiatives.