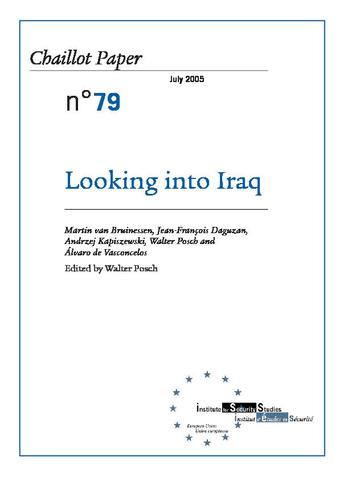 Two years after George W. Bush declared the end of major combat operations in Iraq, the country is still far from stable. A fierce insurgency is still hampering the reconstruction of the country’s infrastructure and the development of the political process. On the other hand, success, however limited, cannot be denied: on 30 January 2005 Iraqis cast their ballots to elect a Transitional Assembly in most provinces of the country and a new government was inaugurated by the end of March 2005. The tasks are challenging, though, even without the precarious security situation: the National Assembly has to draft and vote on a constitution no later than 15 August 2005, a referendum on the constitution is scheduled for 15 October 2005 and new elections will follow on 15 December 2005. In all this, international support is important, maybe essential, but Iraq’s destiny lies as much with the international community as it does with its people and its leaders’ ability to overcome ethnic and sectarian divisions and make Iraq a functioning state. This Chaillot Paper aims to help to formulate a European position on Iraq based on a realistic assessment of the situation on the ground. ‘Looking into Iraq’ is neither an ethnographic, sociological nor a historical study or a mere policy paper, though aspects of these disciplines are used by authors, depending on their academic background.