If not now, when? The Nordic EU Battlegroup 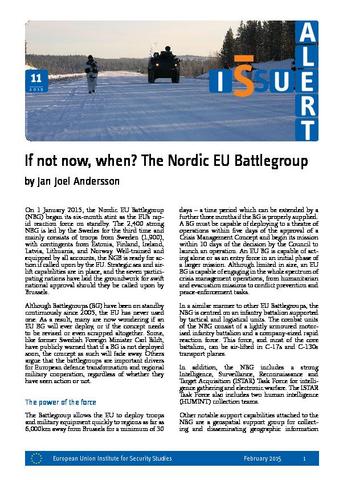 On 1 January 2015, the Nordic EU Battlegroup (NBG) began its six-month stint as the EU’s rapid reaction force on standby. The 2,400 strong NBG is led by the Swedes for the third time and mainly consists of troops from Sweden (1,900), with contingents from Estonia, Finland, Ireland, Latvia, Lithuania, and Norway. Well-trained and equipped by all accounts, the NGB is ready for action if called upon by the EU. Strategic sea and airlift capabilities are in place, and the seven participating nations have laid the groundwork for swift national approval should they be called upon by Brussels.

Pooling and sharing that works: the Heavy Airlift Wing at five