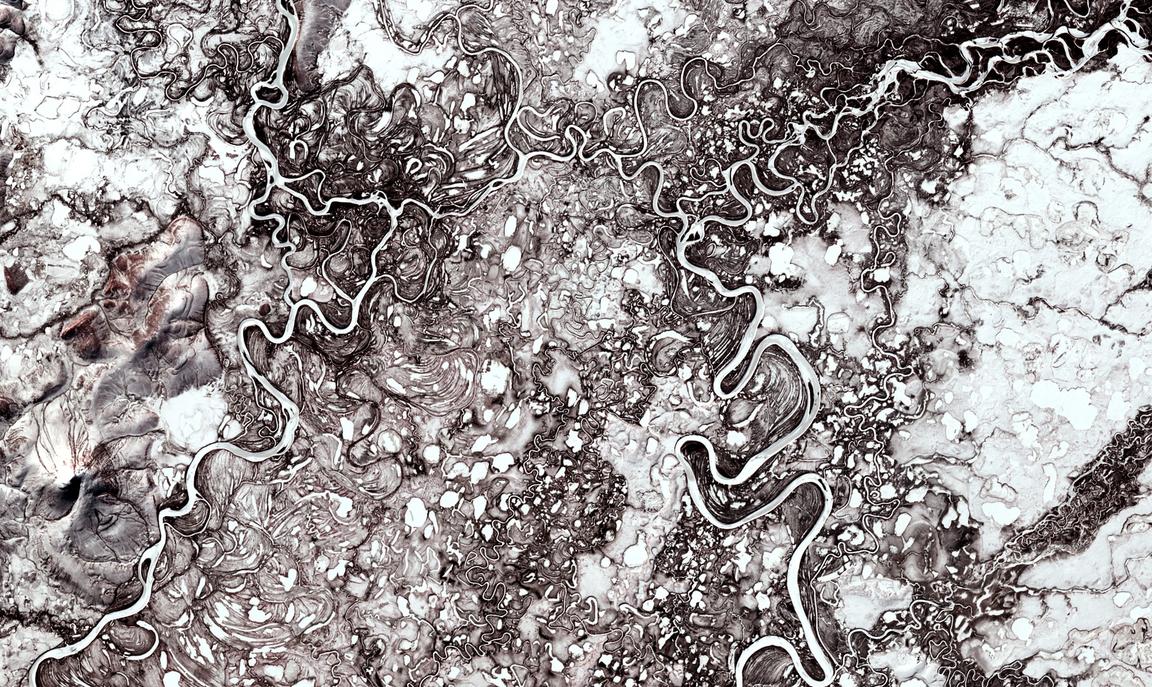 Thinking about the long-term future is a prominent feature of the Russian official strategic planning and public policy debate. Speaking in 2008, for instance, President Putin indicated the horizons of strategic planning when he stated that a concrete development plan for the period through to  2010 had been elaborated, and “now we need to look beyond this horizon – look at least 10 years ahead”. “Today we are deciding one of the most important issues for Russia’s future – defining its development strategy through to  2020”, he stated, and in setting out Russia's long-term vision for the future, "our long-term references must be clear to everyone”, and “must have the support of our citizens.”1

By the mid-2010s, policy-oriented public organisations were looking even further ahead. The Valdai Club, for instance, was conducting a project entitled Club 2035, to “look beyond the horizon” at a number of themes, including technological and socio-cultural trends, and the Russian International Affairs Council (RIAC) was running a “World in 100 Years” project, including the series “On the eve of 2037”. Other major institutes, such as the Institute of World Economics and International Affairs (IMEMO) and the Moscow State Institute of International Affairs (MGIMO), also hold regular major events and publish substantial volumes reflecting on twenty-first century megatrends and strategic forecasting up to 2030 and beyond.2

International influence is visible in the Russian foresight debate, through sourcing, collaborative projects with Western analysts, and the interventions of leading foresight thinkers such as Mathew Burrows, Director of the Atlantic Council’s Strategic Foresight Initiative, and George Friedman, President of Stratfor.3 Philip Tetlock’s Superforecasting: The Art and Science of Prediction has been translated into Russian and positively reviewed.4

Consequently, some of this discussion may appear similar to the foresight discussions in the Euro-Atlantic community, especially in terms of the range of methods used, such as long-term trend assessment, probabilistic approaches, fiction and scenarios. As in Euro-Atlantic futures analysis, these approaches have strengths and weaknesses. Fiction can be cynical and dystopian.5 But it can also allow the inclusion of creative and challenging ideas in the policy debate, such as a shifted world order, the consequences of climate change in international relations (including finding ways for Russia and Europe to cooperate and vis-à-vis the impact of migration), and questions posed on the Russian side such as diplomacy becoming a “female profession”.6 Scenario analysis, as discussed below, is widespread in Russian expert and official thinking. But Russian scenario thinking is as vulnerable as Western thinking to becoming stuck in simple linear extrapolation of current trends and limited to politically preferred outcomes.7 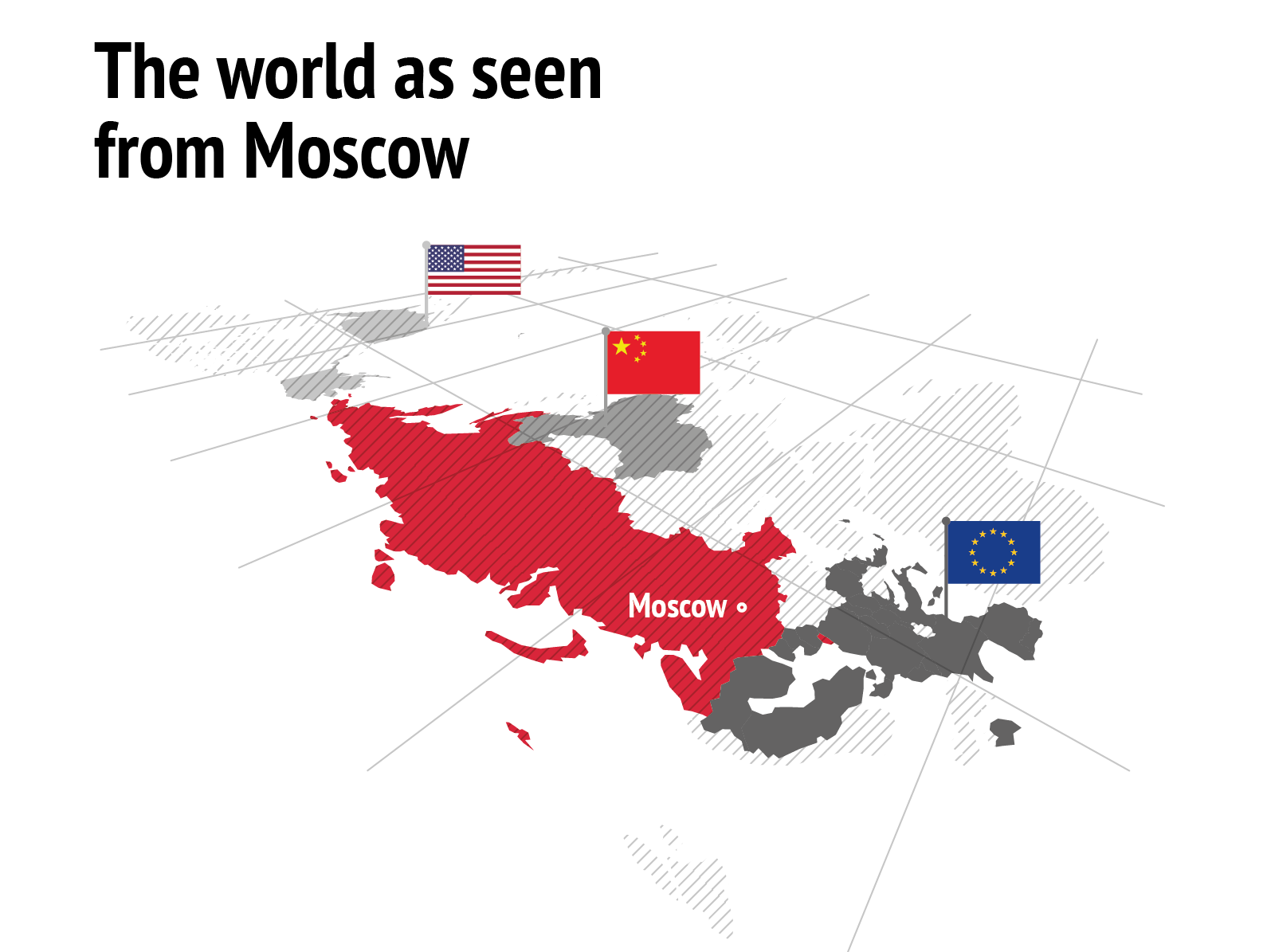 Despite these similarities,  there are some important specificities. In Russian foresight thinking, the guiding question is often kuda dvizhetsa mir? –  “where  is  the world going?” The main points of analytical focus are the global context and the way that politics shapes economics: geopolitical and geoeconomic developments are front and centre. Analysis therefore addresses the ‘world economy’, ‘world security’ and ‘global governance’, and then the deductions that can be made for Russia: essentially, global trends and shifts and the need to identify Russia’s place in the new world. Many of the assessments simultaneously point to a changing world order, with power moving from West to East, and are pessimistic about what this means for Russia.8

Russian scenario thinking is as vulnerable as Western thinking to becoming stuck in simple linear extrapolation of current trends.

This pessimism is widespread, and two important features stand out. First, the sense of global shifts leading to a  ‘Great   Power   Competition’   emerged in Russia well before it did in the Euro-Atlantic community. Even before the outbreak of war in Ukraine in 2014, a broad consensus had taken shape that the world was entering a systemic crisis, that it was on the eve of major geopolitical and technological changes and was moving slowly and inexorably towards world war.9 Although it can be traced back to the mid-2000s, this pessimism has only grown since the mid-2010s with the sharp deterioration in relations between Russia and the Euro-Atlantic community.

Fyodor Lukyanov, Research Director of the Valdai Club, suggested in 2016 that “the reconstruction of the world order that began at the  beginning  of this decade will continue to  gather momentum, characterised by chaos until the new order emerges by 2030.”10

Second, these views are significant because many of the major projects and events include state representatives, and there seems to be significant overlap between the views of these experts and Russian policymakers. Since the early 2010s (and in some cases before), Putin, foreign minister Sergei Lavrov, Chief of the General Staff Valeriy Gerasimov, and others have made broadly similar statements about the world entering a period of transition with sustained turbulence and competition for, and perhaps even conflict over, resources.

The Russian state puts considerable effort into foresight. Since the mid-2000s, the Russian National Security Council (SC) has taken an incrementally greater role in coordinating strategic planning, including forecasting. Some of its work became apparent in ongoing discussions in 2017: the SC’s Scientific Board had examined the structure of strategic forecasting and made suggestions on how to define military-political and socio-economic scenarios for the development of Russia to 2035.11 A year later, the SC’s secretary, Nikolai Patrushev, indicated that the work was complete when he sketched four main scenarios for the development of global affairs, as envisaged in the document The Strategic Forecast of the Russian Federation to 2035. These are:

Focus on energy and defence

Two examples indicate both the centrality to Russian thinking of strategic forecasting and its specificities. The Energy Strategy to 2035 (ES2035), published in April 2020, illustrates how the Russian leadership engages in foresight for long-term planning, and how its points of reference differ from Western ones. It highlights geopolitical factors, particularly Moscow’s concern about increasing competition from the US over control of natural resources, competition for Russian markets and even a challenge to Russia’s position in the global energy market.

But ES2035 also reveals procedural difficulties. There were delays in preparation because of persistent question marks over so many of the basic assumptions involved, and the ramifications of getting these wrong. The multiplicity of interdependent factors that influence and transform global energy markets create considerable uncertainty. This is compounded by intense lobbying by multiple actors within Russia that complicates the modelling of Russia’s own supply and demand. Thus, even the basic assumptions that underpin forecasting models are very difficult to make.13 It is notable that ES2035 was published amid the oil price war with Saudi Arabia and the Covid-19 crisis, which may suggest that factors such as oil price are less important in foresight than the bigger picture of geopolitical competition. 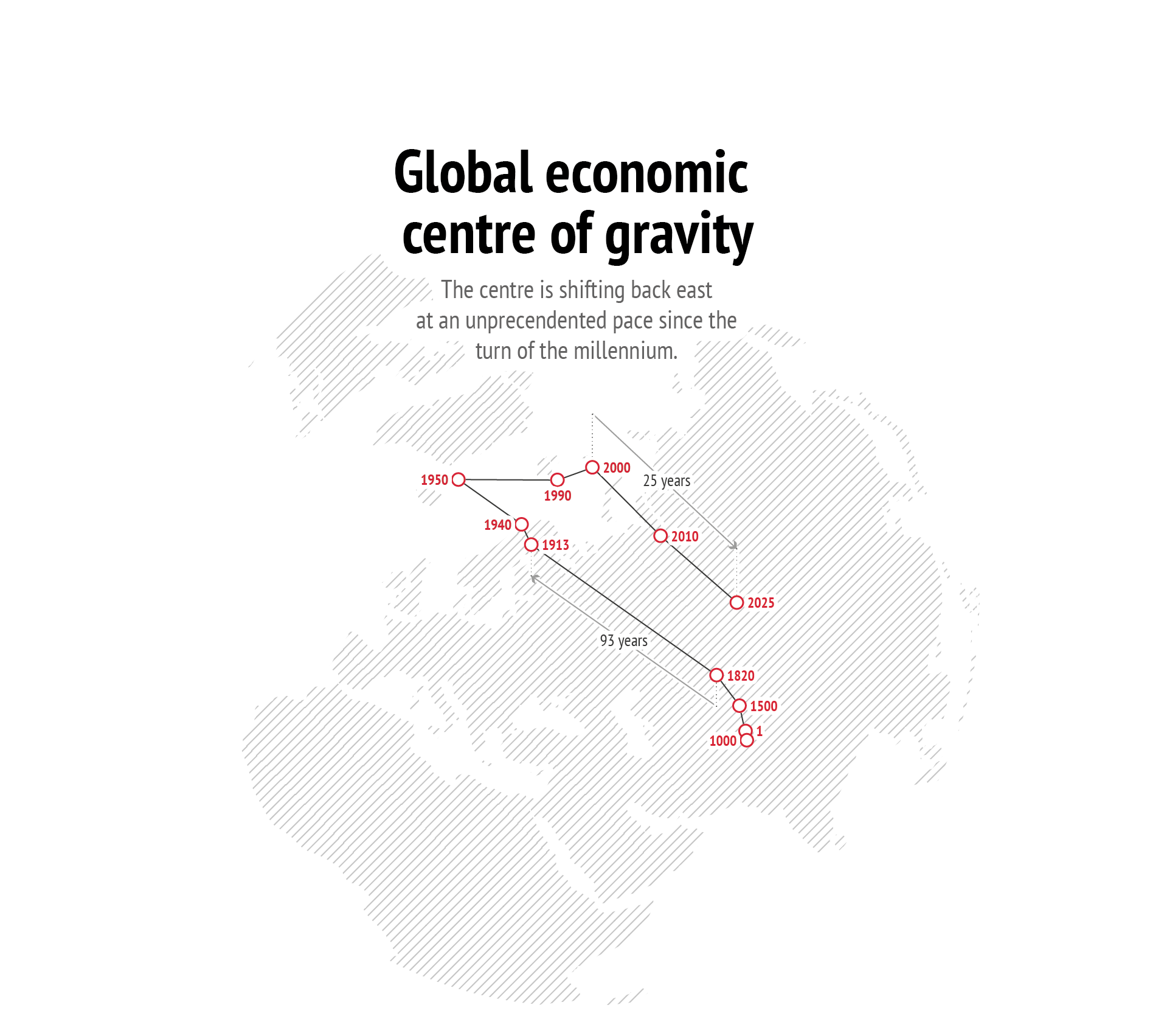 The pessimistic geopolitical focus is also reflected in other government work: the changing international environment since 2011 has led to a shift in defence planning and guidance, including scenarios and threat forecasts to 2035. The role of foresight in this thinking was illustrated by Valeriy Gerasimov’s now infamous 2013 article – actually titled  “The  Value of  Science in Foresight” – which re-examined the strategic activities of the Russian armed forces.14

Indeed, thinking about the future is an essential element of Russian military science, since it is at the heart of Russian efforts to understand the changing character and theory and practice of war. This has two elements with specific definitions. Forecasting – prognozirovanie – is the definition of likely developments in military-political conditions in three categories: ‘short term’ (up to five years), ‘medium-term’ (up to ten years) and ‘long term’ (beyond ten years). Foresight – predvidenie – is the definition of the future development of military theory and practice, and possible changes in strategic, operational and tactical conditions.15

Foresight is considered essential for stimulating conservative bureaucratic-military institutions to grasp that the next war will be different from the last, and for training, research and development and capability structuring. Various methods are used, including long-term trends (including analysis of history), wargaming, and scenarios.16 Numerous organisations are involved, such as internal defence ministry research institutes, the SC and MGIMO, and the scenarios notably chime with those of the  SC discussed above. There appear to be persistent problems, including the poor state of military-political modelling and a shortage of relevant specialists in the ministry of defence, as well as the need for better technology and more coordinated methodology.17

Three conclusions emerge. First, strategic forecasting is readily acknowledged to be a  difficult process,  with methodological flaws and variations – and even when successful often to go without reward. Yet it is an essential feature of the Russian policy debate and planning process, with its own defined terminology. For EU policymakers, this has implications for understanding Russian policy priorities: a new series of strategic planning documents with horizons to the late 2020s or even mid-2030s has recently been published or is in preparation and forthcoming, including the National Security Strategy.

Second, rather than considering Russian foresight through a specific ‘foreign policy’ lens, it is better understood in broader ‘international policy’ terms that include essential elements such as energy and military questions. Security is the overall priority.  The geopolitical and geoeconomic nature of Russian strategic forecasting means that despite some apparent similarities, it is quite distinct in its assessments from Western futures thinking about Russia specifically, and about the broader trajectory of international affairs.

The third point leads on from this: although perhaps not entirely unified and coherent, there is a broad and well-established consensus across the policy community about the medium to long-term horizon. There is considerable pessimism about the implications of an emergent polycentric order and the problems posed by the relative decline of the Euro-Atlantic world, the rise of other actors and US efforts to retain its dominance. This, reflected in the strategic planning documents, is what will guide Moscow’s policy for the foreseeable future.

What if...not? The cost of inaction