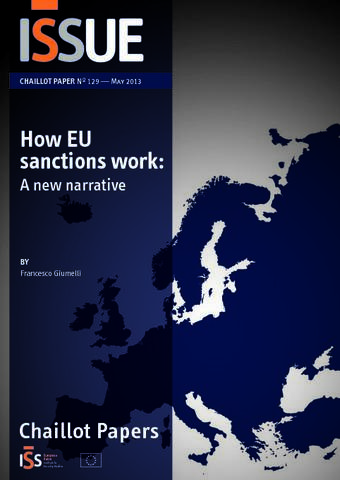 The European Union has devoted growing attention to sanctions since the entry into force of the Maastricht Treaty. In total, the Council has imposed Common Foreign and Security Policy (CFSP) sanctions targeting countries, economic sectors, groups, individuals and entities on 27 different occasions. The novelty in the area of sanctions is that targets are not only states, as in the recent cases of Iran and Syria, but they are also individuals and non-state entities, e.g. anti-terrorist lists, President Robert Mugabe and his associates, and several companies connected with the military junta in Burma/Myanmar. Additionally, the contexts in which sanctions are utilised can be diverse, ranging from the protection of human rights to crisis management and non-proliferation. Despite the fact that the effectiveness of sanctions has been much debated, the EU has developed a sanctioning policy and intensified its adoption of sanctions. Sanctions were traditionally seen as a way to impose economic penalties as a means of extracting political concessions from targets, but EU sanctions do not always impose a cost nor do they always seek to induce behavioural change. To this extent, a new narrative may be needed.