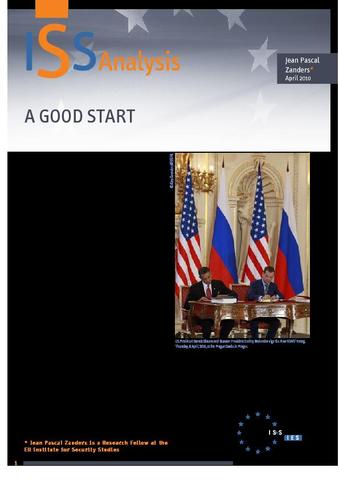 On the first anniversary of his Prague speech outlining his vision of a world without nuclear weapons, US President Barack Obama announced the conclusion of a new bilateral arms reduction treaty with Russia that will limit each country’s respective strategic nuclear weapons stockpiles to 1,550 warheads.
But the ratification of the New START, signed by the two leaders in Prague on 8 April, will be a major hurdle for the Obama Administration, with missile defence set to play a crucial part in the ratification debate in both countries.
Further, the question remains as to whether opportunities for further nuclear arms reduction will present themselves. Despite its name, the New START was negotiated on a cold war template. Incremental steps down from the newly agreed ceilings on strategic nuclear weapons will be close to impossible, because the relative importance of non-strategic nuclear weapons will rise and the relatively small arsenals of the other nuclear weapons powers will acquire new significance in international relations. Therefore, the next step may well be comprehensive global nuclear disarmament—or nothing.