Fostering resilience in the Western Balkans 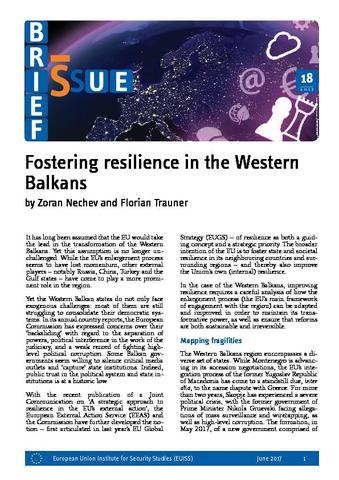 It has long been assumed that the EU would take the lead in the transformation of the Western Balkans. Yet this assumption is no longer unchallenged. While the EU’s enlargement process seems to have lost momentum, other external players – notably Russia, China, Turkey and the Gulf states – have come to play a more prominent role in the region.

Yet the Western Balkan states do not only face exogenous challenges: most of them are still struggling to consolidate their democratic systems. In its annual country reports, the European Commission has expressed concerns over their ‘backsliding’ with regard to the separation of powers, political interference in the work of the judiciary, and a weak record of fighting high-level political corruption.

The EUGS one year on: Challenges to European security – and EU responses