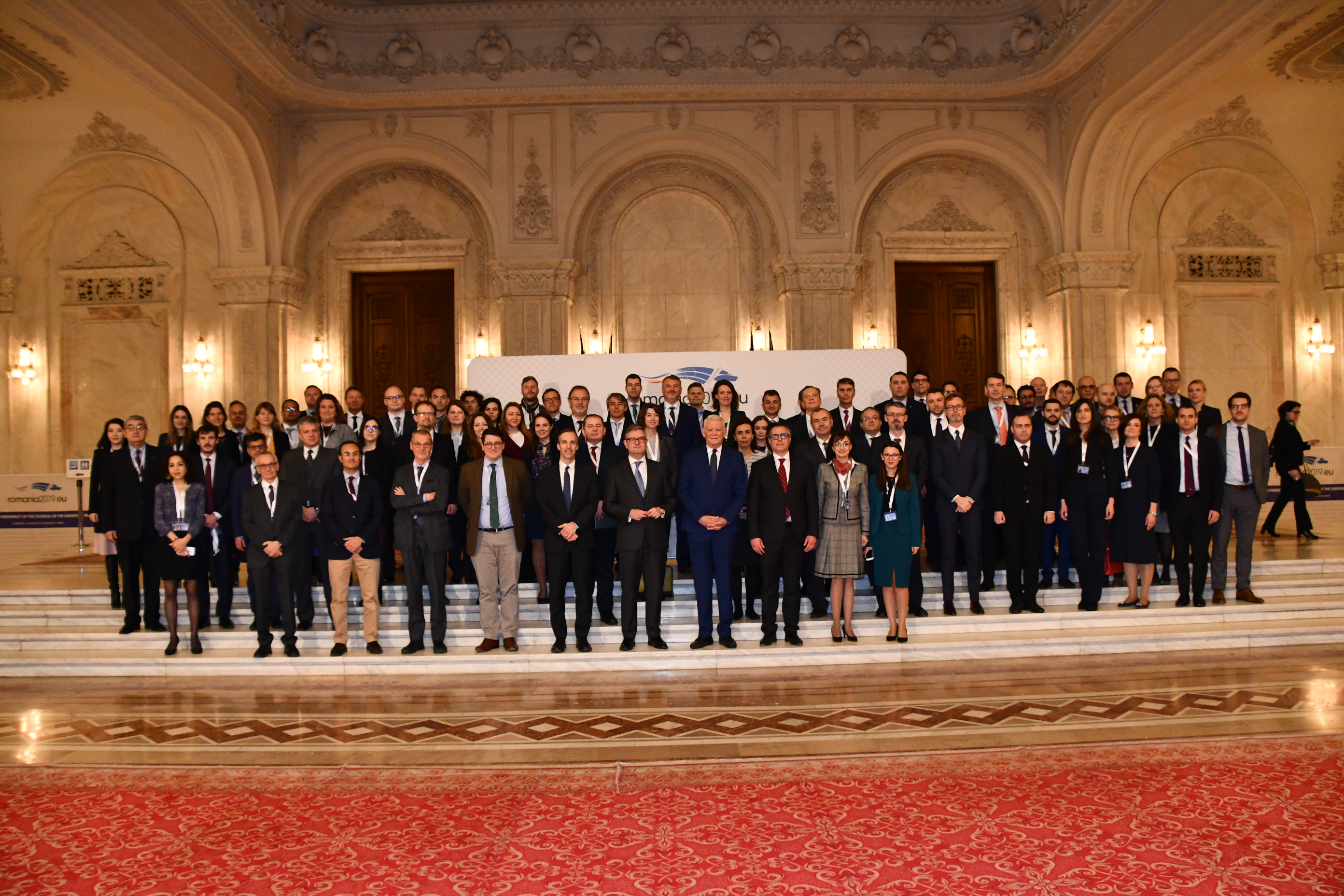 On 28 February 2019, the EU Institute for Security Studies (EUISS) and the Romanian Ministry of Foreign Affairs organised a high-level conference on hybrid threats, resilience and strategic communication in Bucharest under the auspices of the Romanian Presidency of the Council of the EU. The conference, which took place in The Palace of the Parliament, brought together leading experts and senior ranking officials for an in-depth debate on the evolving nature of hybrid threats and EU responses to them. The organisers were delighted to welcome Romanian Foreign Minister, Teodor Melescanu, and European Commissioner for the Security Union, Sir Julian King, to open the conference. Three expert panels followed and high-level personalities from the European Commission, the European External Action Service, the European Centre of Excellence for Countering Hybrid Threats, NATO and the governments of Germany, Lithuania, Romania and the United Kingdom, plus a host of think tankers, debated the way forward on preventing and responding to hybrid threats, overcoming vulnerabilities and enhancing strategic communication.

On 1 March 2019, the high-level conference was supported by a hybrid threats simulation conducted by the EUISS in cooperation with the Romanian Ministry of Foreign Affairs and the Romanian National Defence University (Carol I). The simulation played-out a hybrid threats simulation in a fictitious country bordering the EU, and it brought together experts from various EU member state national governments and EU bodies and agencies.