The evolution of the EU-China relationship: from constructive engagement to strategic partnership 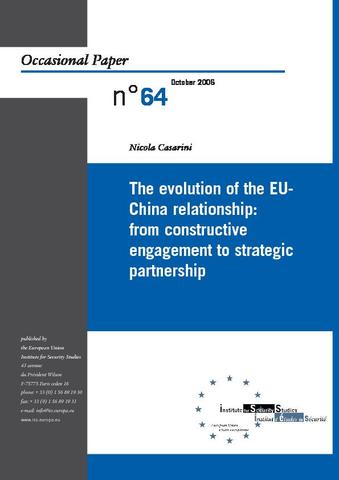 This study traces the evolution of EU-China relations over the past three decades. Following a brief account of the history of the EU-China relationship in the first section, the second section focuses on the economic dimension of the relationship. It examines the growing significance attached by both sides to the development of trade links, which has resulted in China becoming the EU’s second-biggest trading partner and the EU becoming China’s biggest trading partner. The third section concentrates on the security/strategic dimension of the relationship. After analysing European and Chinese policy-makers’ discourses of ‘strategic partnership’, the paper examines three important – and interrelated – issues which have a significant bearing on the strategic partnership: (i) China’s participation in the Galileo satellite network; (ii) European advance technology transfers to China; and (iii) the proposed lifting of the EU arms embargo on China. This section concludes with an examination of US concerns regarding – and US opposition to – this emerging EU-China security-strategic linkage. It is suggested in the conclusion that EU policy-makers need to address the emerging security implications of EU-China relations, as well as to take US security concerns and strategic interests in the Asia-Pacific into serious consideration.