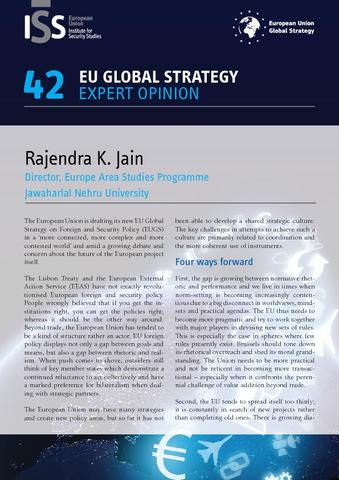 The European Union is drafting its new EU Global Strategy on Foreign and Security Policy (EUGS) in a ‘more connected, more complex and more contested world’ and amid a growing debate and concern about the future of the European project itself.

The Lisbon Treaty and the European External Action Service (EEAS) have not exactly revolutionised European foreign and security policy. People wrongly believed that if you get the institutions right, you can get the policies right; whereas it should be the other way around. Beyond trade, the European Union has tended to be a kind of structure rather an actor. EU foreign policy displays not only a gap between goals and means, but also a gap between rhetoric and realism. When push comes to shove, outsiders still think of key member states which demonstrate a continued reluctance to act collectively and have a marked preference for bilateralism when dealing with strategic partners.