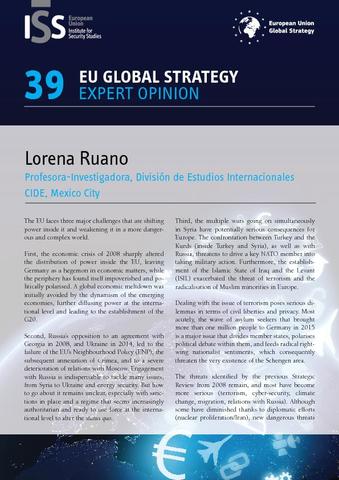 The EU faces three major challenges that are shifting power inside it and weakening it in a more dangerous and complex world.

First, the economic crisis of 2008 sharply altered the distribution of power inside the EU, leaving Germany as a hegemon in economic matters, while the periphery has found itself impoverished and politically polarised. A global economic meltdown was initially avoided by the dynamism of the emerging economies, further diffusing power at the international level and leading to the establishment of the G20.