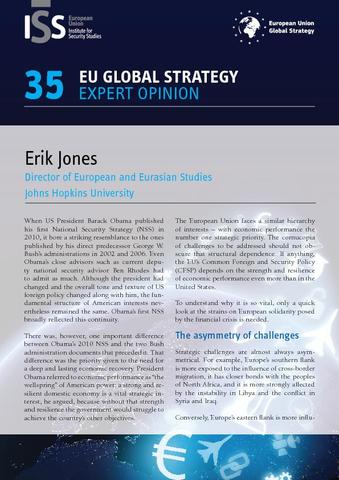 When US President Barack Obama published his first National Security Strategy (NSS) in 2010, it bore a striking resemblance to the ones published by his direct predecessor George W. Bush’s administrations in 2002 and 2006. Even Obama’s close advisors such as current deputy national security advisor Ben Rhodes had to admit as much. Although the president had changed and the overall tone and texture of US foreign policy changed along with him, the fundamental structure of American interests nevertheless remained the same. Obama’s first NSS broadly reflected this continuity.

There was, however, one important difference between Obama’s 2010 NSS and the two Bush administration documents that preceded it. That difference was the priority given to the need for a deep and lasting economic recovery.