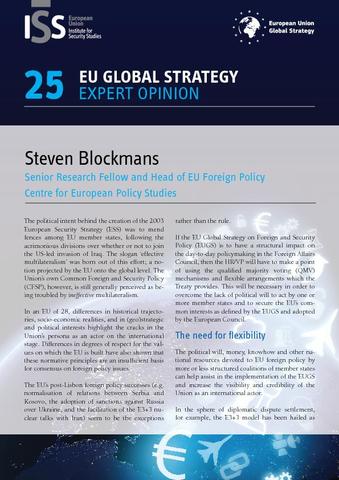 The political intent behind the creation of the 2003 European Security Strategy (ESS) was to mend fences among EU member states, following the acrimonious divisions over whether or not to join the US-led invasion of Iraq. The slogan ‘effective multilateralism’ was born out of this effort; a notion projected by the EU onto the global level. The Union’s own Common Foreign and Security Policy (CFSP), however, is still generally perceived as being troubled by ineffective multilateralism.

In an EU of 28, differences in historical trajectories, socio-economic realities, and in (geo)strategic and political interests highlight the cracks in the Union’s persona as an actor on the international stage. Differences in degrees of respect for the values on which the EU is built have also shown that these normative principles are an insufficient basis for consensus on foreign policy issues.