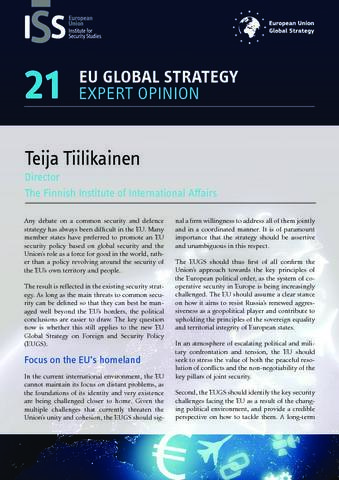 Any debate on a common security and defence strategy has always been difficult in the EU. Many member states have preferred to promote an EU security policy based on global security and the Union’s role as a force for good in the world, rather than a policy revolving around the security of the EU’s own territory and people.

The result is reflected in the existing security strategy. As long as the main threats to common security can be defined so that they can best be managed well beyond the EU’s borders, the political conclusions are easier to draw. The key question now is whether this still applies to the new EU Global Strategy on Foreign and Security Policy (EUGS).