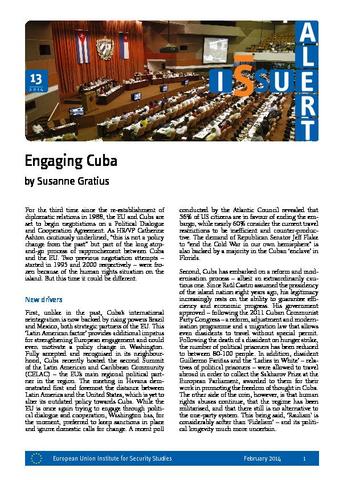 For the third time since the re-establishment of diplomatic relations in 1988, the EU and Cuba are set to begin negotiations on a Political Dialogue and Cooperation Agreement. As HR/VP Catherine Ashton cautiously underlined, “this is not a policy change from the past” but part of the long stop-and-go process of rapprochement between Cuba and the EU. Two previous negotiation attempts – started in 1995 and 2000 respectively – were frozen because of the human rights situation on the island. But this time it could be different.