Elections and war: Israel and Gaza 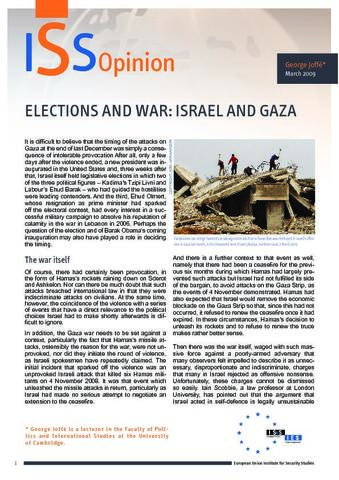 It is difficult to believe that the timing of the attacks on Gaza at the end of last December was simply a consequence of intolerable provocation After all, only a few days after the violence ended, a new president was inaugurated in the United States and, three weeks after that, Israel itself held legislative elections in which two of the three political figures – Kadima’s Tzipi Livni and Labour’s Ehud Barak – who had guided the hostilities were leading contenders.

And the third, Ehud Olmert, whose resignation as prime minister had sparked off the electoral contest, had every interest in a successful military campaign to absolve his reputation of calamity in the war in Lebanon in 2006. Perhaps the question of the election and of Barak Obama’s coming inauguration may also have played a role in deciding the timing..

Peace in the Middle East: is there a way forward?