The dark side of the web: ISIL’s one-stop shop? 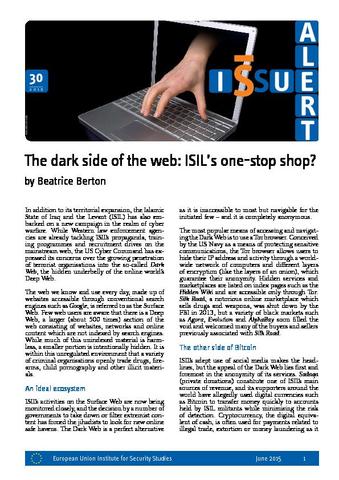 In addition to its territorial expansion, the Islamic State of Iraq and the Levant (ISIL) has also embarked on a new campaign in the realm of cyber warfare. While Western law enforcement agencies are already tackling ISIL’s propaganda, training programmes and recruitment drives on the mainstream web, the US Cyber Command has expressed its concerns over the growing penetration of terrorist organisations into the so-called Dark Web, the hidden underbelly of the online world’s Deep Web.

The web we know and use every day, made up of websites accessible through conventional search engines such as Google, is referred to as the Surface Web. Few web users are aware that there is a Deep Web, a larger (about 500 times) section of the web consisting of websites, networks and online content which are not indexed by search engines. While much of this unindexed material is harmless, a smaller portion is intentionally hidden.