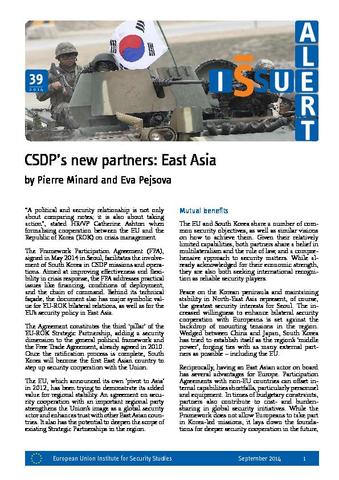 “A political and security relationship is not only about comparing notes; it is also about taking action”, stated HR/VP Catherine Ashton when ­formalising cooperation between the EU and the Republic of Korea (ROK) on crisis management. The Framework Participation Agreement (FPA), signed in May 2014 in Seoul, facilitates the involvement of South Korea in CSDP missions and operations. Aimed at improving effectiveness and flexibility in crisis response, the FPA addresses practical issues like financing, conditions of deployment, and the chain of command. Behind its technical façade, the document also has major symbolic value for EU-ROK bilateral relations, as well as for the EU’s security policy in East Asia. 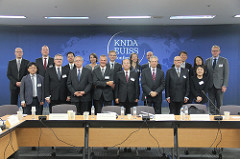