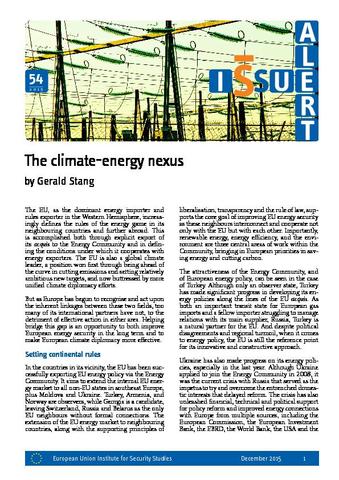 The EU, as the dominant energy importer and rules exporter in the Western Hemisphere, increasingly defines the rules of the energy game in its neighbouring countries and further abroad. This is accomplished both through explicit export of its acquis to the Energy Community and in defining the conditions under which it cooperates with energy exporters. The EU is also a global climate leader, a position won first through being ahead of the curve in cutting emissions and setting relatively ambitious new targets, and now buttressed by more unified climate diplomacy efforts. But as Europe has begun to recognise and act upon the inherent linkages between these two fields, too many of its international partners have not, to the detriment of effective action in either area. Helping bridge this gap is an opportunity to both improve European energy security in the long term and to make European climate diplomacy more effective.

Climate change as a 'wicked problem'