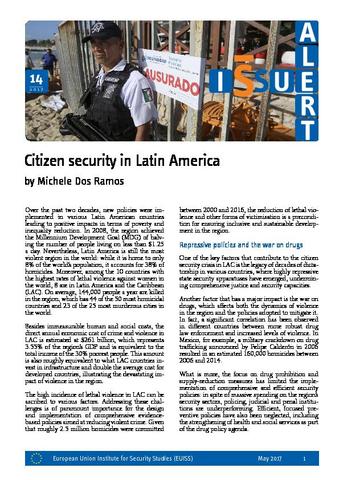 Over the past two decades, new policies were implemented in various Latin American countries leading to positive impacts in terms of poverty and inequality reduction. In 2008, the region achieved the Millennium Development Goal (MDG) of halving the number of people living on less than $1.25 a day. Nevertheless, Latin America is still the most violent region in the world: while it is home to only 8% of the world’s population, it accounts for 38% of homicides.

Moreover, among the 10 countries with the highest rates of lethal violence against women in the world, 8 are in Latin America and the Caribbean (LAC). On average, 144,000 people a year are killed in the region, which has 44 of the 50 most homicidal countries and 23 of the 25 most murderous cities in the world.