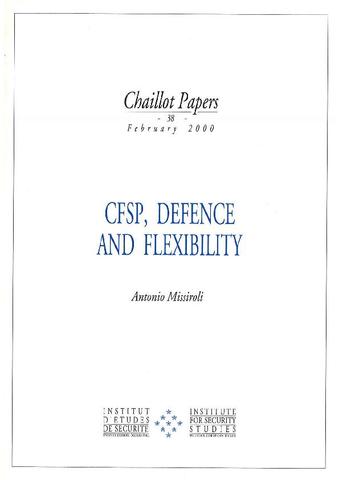 How can one reconcile the number, the political equality and the diversity of states? How can one get a Union whose membership is continually growing to work, knowing that the consensus rule, which prevails in particular in the second pillar, on Common Foreign and Security Policy, can very quickly become a recipe for common paralysis? In other words, does one have to demand that all member states be ready to act at the same time on everything, or should one arrange, in the institutional framework of the Treaty, for flexibility mechanisms that are themselves differentiated? That challenge, which was already apparent at the time of the previous enlargement of the European Union in 1995, is, following the decisions taken at the Helsinki Council meeting, on the way to becoming a major test of the effectiveness and legitimacy of all the European Union’s future decisions.