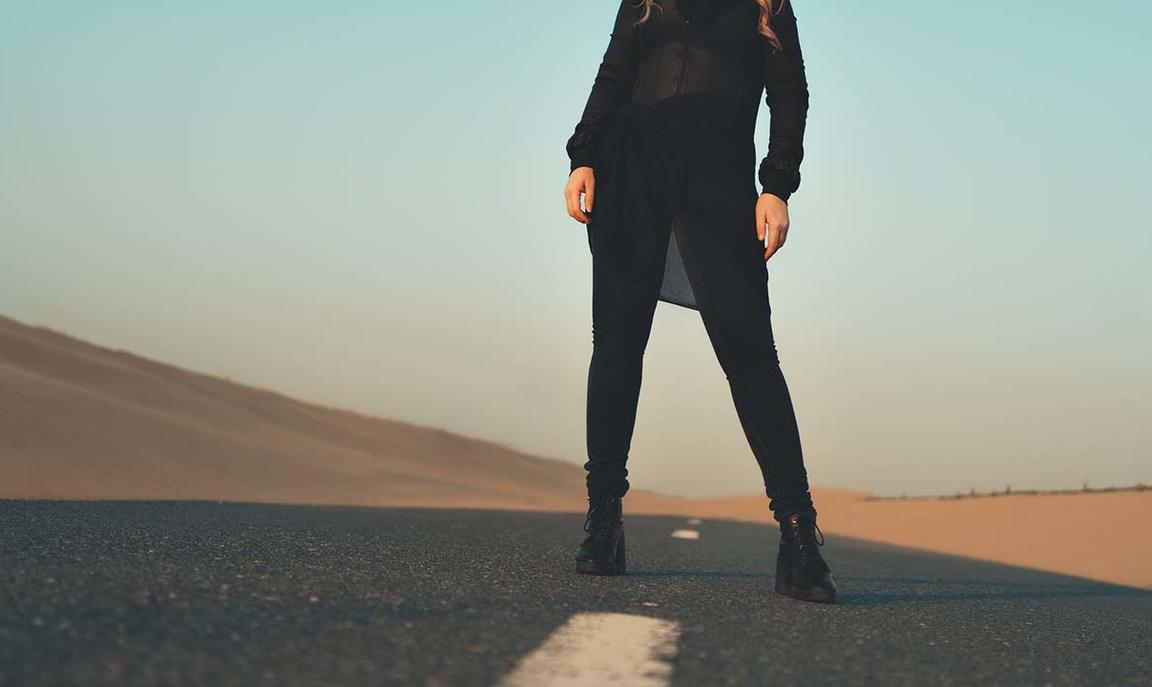 Young Arabs (those aged between 15 and 35 (1)) are often seen as a generation beset by hopelessness, stuck between dreams of emigration and the reality of violence and unemployment (2). This impression does not come out of nowhere: the last decade took a heavy toll on this generation – it was during their childhood and adolescence, between 2013 and 2019, that the region suffered the highest number of terrorism casualties, that three wars interrupted the education of 13 million children (3) and that riots and repression led to economic losses of $600 billion following the Arab Spring (4). But how much does this generation feel that they can change matters and create a better future?

Answering this question was the main objective of a survey co-organised by the EUISS, the Italian Ministry of Foreign Affairs and the Arab Research and Advocacy Bureau (5). Conducted in Egypt, Libya, Morocco and the West Bank of the Palestinian Territories between January and April 2021, the survey was based on qualitative focus-group discussions and interviews with young urban dwellers, allowing for a deeper understanding of how this generation truly feels about the future (6). The selected countries were chosen because access to them was most feasible in terms of financial resources and political stability. The survey asked about a sense of agency – the feeling of mastering one’s own fate–, about the respondents’ general disposition towards the future – whether characterised by optimism or pessimism – and about their key grievances. The results belie the perception that young people in the region have a negative vision of the future, instead highlighting a determination to live more independent autonomous lives, a relative optimism (unusual in younger generations – optimism is normally a feature of older age groups (7)), and concerns over issues that will be of particular importance in their future, such as healthcare and political representation.

This shift in attitudes towards the future may be ascribed to a combination of several factors: longer life cycles, education, digital connectivity, the Arab Spring and its aftershocks have all spawned a generation that want to be in charge of their own lives rather than passive spectators of events beyond their control. This means that regional governments, and Europeans wishing to assist them, will have to provide the space and opportunity for this generation to realise their ambitions.

The Brief first analyses the survey findings on agency and optimism, then takes a look at the most important grievances, and concludes with policy implications.

The age of agency

Being able to imagine one’s future starts with one important prerequisite, a sense of agency. Agency has to be understood as the capacity of individuals to act independently and to make their own free choices, and a sense of agency as the feeling that one is to an important extent master of one’s fate (8). It is therefore a subjective feeling rather than an objective measurable fact. Hence, it is not an objective reflection of how much freedom or impact an individual actually has (9). A sense of agency can be diminished by a sense of fatalism (the conviction that everything is preordained regardless of your actions) or determinism (the conviction that everything is preordained but you will have the illusion of choice). The Middle East and North Africa has a reputation for being either fatalistic or deterministic, and its culture is therefore seen as one that undermines a sense of agency (10).

But a closer look reveals a different picture. Islam, like Christianity and Judaism, places the onus of responsibility for one’s actions on the individual, resting on a strong notion of free will. Free will can coexist with religiosity: within the parameters of God’s will, one has choices and will be held accountable for them on Judgment Day. A survey confirms that Middle Easterners have a sense of free will – and therefore agency – on the same level as Americans and Europeans, and greater than that of Asians (11).

Our survey confirms this sense of agency among young Arabs. ‘Both male and female respondents reported that they feel like they can influence their futures’ (12). Young Palestinians for instance not only had higher aspirations for self-determination than their older counterparts, they also felt that they can influence their immediate futures. This feeling was particularly pronounced among those aged under 35, the so-called Generation Z (born between 1992 and 2012). The sad exception to this trend is Libyan women, who felt that they could influence their future ‘only a little’ whereas men stated ‘a reasonable amount.’ Given the context in Libya, where violence against women, including forced disappearance, rape and murder, has increased substantially over the last few years, this is not surprising.

A sense of agency is directly linked to optimism about one’s own future, and a lack thereof with pessimism (13). Optimism here is not to be confused with well-being or happiness: it is an attitude that expects the future to be better than today. Somewhat paradoxically, optimism tends to rise not at a time of contentment, but on the contrary towards the end of a crisis. In fact, surveys show the highest degrees of pessimism when things are going rather smoothly – perhaps precisely because it is difficult to imagine anything better (14). One of the ways to measure optimism is to survey the perception of opportunities: will there be more or less in the future?

Despite their difficult conditions of conflict and unemployment, survey participants were moderately optimistic about the future: all respondents aged 35 and under expressed the view that there were now more opportunities for their generation than was the case three years ago.

Young Libyans for instance viewed employment opportunities ‘slightly unfavourably’ in contrast to their older counterparts which viewed them ‘very unfavourably’. Relative optimism when it comes to employment is a trend we see also in other survey countries. Here, women lead the field: both Moroccan and Palestinian women under 35 felt more optimistic about their opportunities than older women, or than their male peers thought they should. Moroccans also scored women’s rights rather favourably, 24% higher than respondents from Libya, Egypt, or the Palestinian Territories. The main exception in this regard were the Egyptian respondents: they felt that there were no more opportunities today than three years ago. These results could very well reflect the effect described above: rather than describing the current situation, this moderate optimism describes the perception of opportunities looming on the horizon.

While these findings might be surprising, a closer look reveals this to be entirely normal. In the Arab world, key life stages – e.g. childhood, adolescence, maturity, marriage, old age – have become longer due to increased life expectancy, a change in social norms and higher levels of education. ‘Networked individualism’ – the definition of the self via new online social networks rather than classical ones such as families – too, helps develop an attitude towards life as a self-determined rather than prescribed project.

On average, especially female life cycles in Arab countries have changed noticeably over the last two decades: now, women delay marriage until they are 25 and men until they are 29 (in comparison, the average age in Europe is 33), having their first child to 26 (average age in Europe: 29), and have 2.6 children (a number projected to decline to 2 by 2030). There has also been an increase in female singledom, with the number of single women in the 30 to 34 age bracket now ranging between 20 % and 30 % in Algeria, Bahrain, Saudia Arabia and Syria. At the same time, divorce rates are higher than often thought: 20% of marriages end in divorce in Egypt, with first marriages in particular suffering this fate within the first year (15). In Saudi Arabia, divorce rates increased by 10% during the pandemic, with a noticeable increase in women filing for divorce (16). While this can be seen as a regrettable trend, it can also be interpreted as an expression of the desire to live a more independent and empowered life regardless of social norms (17).

Of course, young Arabs also have pressing reasons for concern: reports of police violence, corruption and repression are way too frequent. But the survey highlighted two concerns that are more future-oriented than those normally cited: healthcare services and political representation. The former is often surprising to analysts: why would young people, who have the best levels of health, worry about healthcare? But as one study shows, poor healthcare services are one of the main drivers of demonstrations, along with poverty and education. When healthcare systems are corrupt – 14% of Middle Eastern citizens said they had to pay a bribe to access health services in the last year – this makes matters much worse, even more so during a pandemic (18). However, it is the increased lifespan of this generation that drives home the importance of healthcare. While they can expect to live up to the age of 74 on average (compared to 81 in Europe), there are substantial national differences: 80 in Qatar, 79 in Lebanon, and 77 in Morocco, Bahrain, Algeria and Tunisia. In contrast, the generation of their parents and grandparents could expect to live to the age of 65 and 52 respectively (19). Life expectancy is intimately linked to how we see the future: the more time we have left, the more it matters what we do with it. And having a longer life expectancy makes people happy: one study showed that it correlated with other indicators of well-being, which is why it is itself often used as an indication of overall quality of life (20). (This could perhaps explain the moderate sense of optimism outlined above.)

The second grievance most commonly cited concerned political representation. This, too, can be interpreted as reflecting a sense of agency: refusing to be just the passive recipient of decisions taken from above and wanting to see them taken by somebody chosen/elected by oneself expresses a desire for influence. This, too, is not altogether surprising: although influence on politics remains low, the experience of not just the Arab Spring but also the successive waves of demonstrations in 2019 left a distinct memory of influence: in a decade, demonstrations in the region have led to the toppling of eight governments. Survey findings indicate that levels of obedience have decreased at the same time as perceptions of being able to influence the government have increased. (21) At the same time, overall views of the Arab Spring remain positive, with more than half of respondents expressing this viewpoint, affirming that it reduced oppression and increased political freedom. (22) Yet, elections seem not to yield sufficient increase in influence on actual politics, as the survey shows. In the survey, Palestinians and Libyans felt particularly poorly represented (younger Libyans even more so than older ones), but scores were low in Egypt too. Morocco scored the highest in the survey. This means that demonstrations remain the most influential tool young Arabs have to change matters in their respective countries.

In policy terms, young people are often framed as a minority, but in the region, Arabs aged between 15 and 35 make up 36 % of the overall population (a number that reaches half of the population when children under the age of 15 are added). And while this ‘youth bulge’ is projected to decline to 32 % by 2030, and 29 % by 2050, it is still far from reaching European levels of 17 %. (23) This means that youth policies should be at the centre of policy efforts rather than on the sidelines. The EU’s Joint Communication ‘Renewed partnership with the Southern Neighbourhood’ (24) recognises this by proposing the integration of youth in national policies, and puts emphasis on the creation of employment opportunities as well as the improvement of educational facilities. It also explicitly mentions the involvement of young people in decision-making, and healthcare provision for young people. 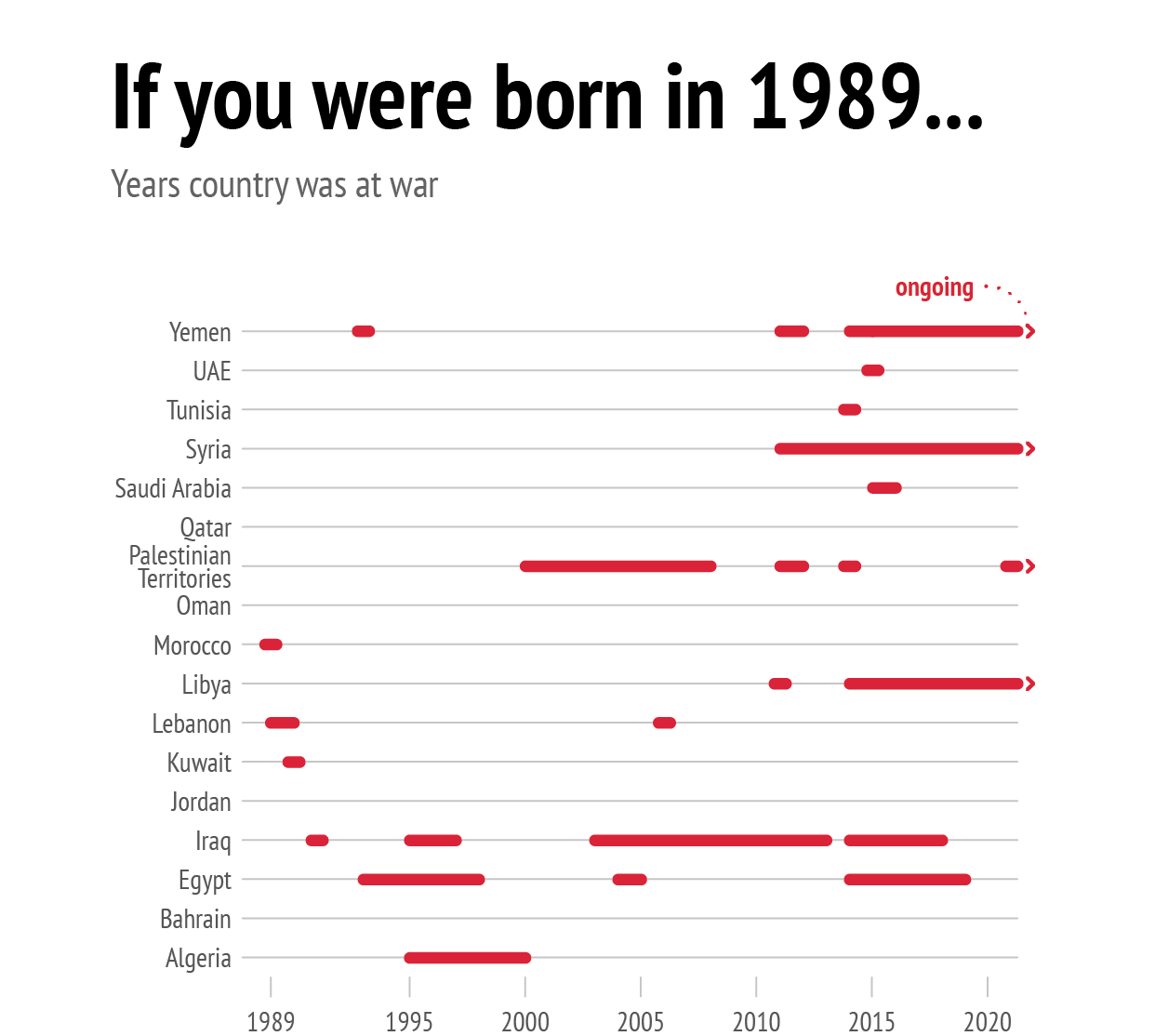 Beyond these broad and constructive ideas, the EU could consider the following proposals:

* The author would like to thank Giovanni Faleg and Stanislav Secrieru for reviewing the first draft of this Brief.

How the Islamic State sees the future

What if...not? The cost of inaction