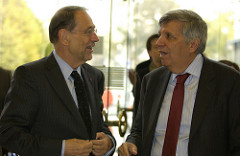 The Institute’s 2008 annual conference took place on 30-31 October in Paris. It opened with the traditional address by EU High Representative Javier Solana, who outlined the current challenges in EU foreign policy, particularly in the light of the global financial crisis.

Attended by policy makers, practitioners and researchers from across the globe, the conference looked at how international and regional multilateral efforts can work to solve protracted and unresolved conflicts, prevent new conflicts, as well as respond to energy, food, health, environmental and other crises.

Running through the various plenary and working group sessions was the overarching theme of how the EU can engage with global players such as China, Russia, India, Brazil, and also South Africa to develop more effective multilateralism.

Working sessions were held on: 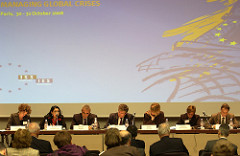 2005 Annual Conference - The Union in question