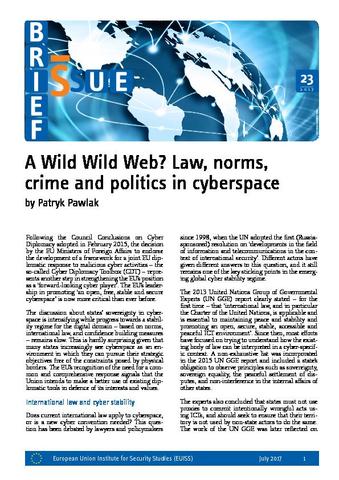 Following the Council Conclusions on Cyber Diplomacy adopted in February 2015, the decision by the EU Ministers of Foreign Affairs to endorse the development of a framework for a joint EU diplomatic response to malicious cyber activities – the so-called Cyber Diplomacy Toolbox (CDT) – represents another step in strengthening the EU’s position as a ‘forward-looking cyber player’.

The Union’s recognition for the need for a common and comprehensive response signals that it now intends to make a better use of existing diplomatic tools in defence of its interests and values.

The EU Cyber Diplomacy Toolbox: towards a cyber sanctions regime?