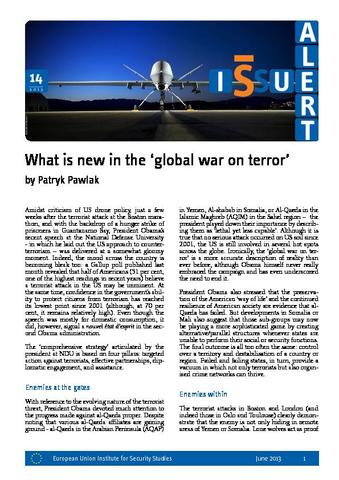 Amidst criticism of US drone policy, just a few weeks after the terrorist attack at the Boston marathon, and with the backdrop of a hunger strike of prisoners in Guantanamo Bay, President Obama’s recent speech at the National Defense University – in which he laid out the US approach to counter-terrorism – was delivered at a somewhat gloomy moment. Indeed, the mood across the country is becoming bleak too: a Gallup poll published last month revealed that half of Americans (51 per cent, one of the highest readings in recent years) believe a terrorist attack in the US may be imminent. At the same time, confidence in the government’s ability to protect citizens from terrorism has reached its lowest point since 2001 (although, at 70 per cent, it remains relatively high). Even though the speech was mostly for domestic consumption, it did, however, signal a nouvel état d’esprit in the second Obama administration.

The EU-US security and justice agenda in action