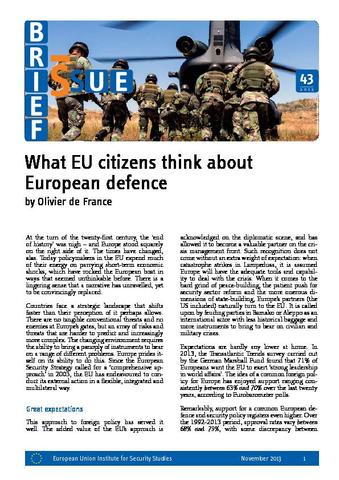 At the turn of the twenty-first century, the ‘end of history’ was nigh – and Europe stood squarely on the right side of it. The times have changed, alas. Today policymakers in the EU expend much of their energy on parrying short-term economic shocks, which have rocked the European boat in ways that seemed unthinkable before. There is a lingering sense that a narrative has unravelled, yet to be convincingly replaced. Countries face a strategic landscape that shifts faster than their perception of it perhaps allows. There are no tangible conventional threats and no enemies at Europe’s gates, but an array of risks and threats that are harder to predict and increasingly more complex. The changing environment requires the ability to bring a panoply of instruments to bear on a range of different problems. Europe prides itself on its ability to do this. Since the European Security Strategy called for a ‘comprehensive approach’ in 2003, the EU has endeavoured to conduct its external action in a flexible, integrated and multilateral way.