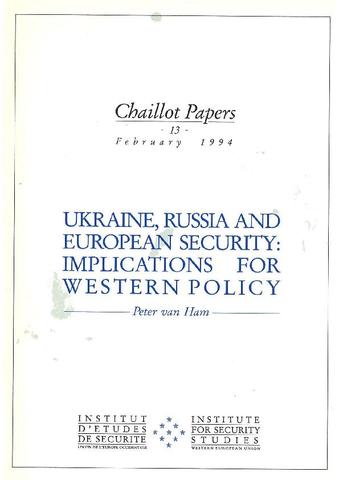 Among the range of problems which have arisen following the breakup of the Soviet Union, those of Ukraine and its relations with Russia, particularly in the nuclear field, are among the most difficult. They present particular dilemmas for West European security policy-makers endeavouring to develop a satisfactory mix of approaches to the two countries. Peter van Ham, a research fellow of this Institute, has both set out the problems and examined the record of Western policy to date before making some proposals for the future policy of the West. The Institute is grateful to the participants in its workshop which considered an earlier draft of this paper in November 1993, and hopes that the paper will make a useful contribution to the wider debate on this subject.