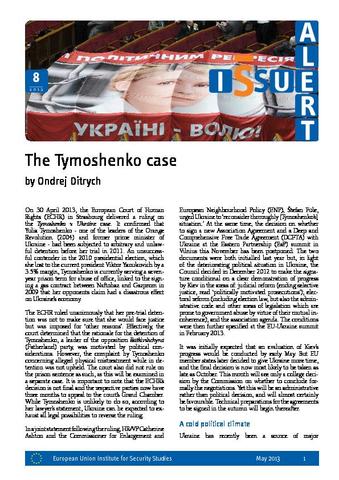 On 30 April 2013, the European Court of Human Rights (ECHR) in Strasbourg delivered a ruling on the Tymoshenko v. Ukraine case. It confirmed that Yulia ­Tymoshenko – one of the leaders of the Orange ­Revolution (2004) and former prime minister of Ukraine - had been subject to arbitrary and unlawful detention before her trial in 2011. An unsuccessful contender in the 2010 presidential election, which she lost to the current president Viktor Yanukovich by a 3.5% margin,

­Tymoshenko is currently serving a seven-year prison term for abuse of office, to wit the signing a gas contract between ­Naftohaz and Gazprom in 2009 that her opponents claim had a disastrous effect on Ukraine’s economy.