Toward a new Euro-Atlantic security framework 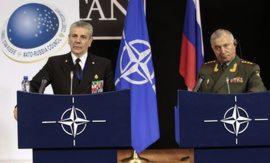 In November 2011, Moscow threatened to deploy tactical nuclear weaponry in Kaliningrad in response to US Missile Defense (MD) radar systems to be deployed in Turkey. Although Washington argued that MD systems are intended to counter Iranian missile systems, Moscow still regards the fourth phase of the Phased Adaptive Approach as potentially threatening to Russia itself. Moscow additionally stated that it might quit New START after the US dropped out of the adapted Conventional Force in Europe (CFE) treaty. Moscow had already dropped out of the CFE treaty in 2007 to protest against what it regarded as the conventional force advantage of an enlarged NATO. General Nikolai Makarov has even warned that NATO enlargement could draw Russia into local conflicts that ‘under certain conditions’ could develop ‘into a full-scale war involving nuclear weapons’.

One could argue that all this bravado represents an attempt by Vladimir Putin to secure his ostensibly weakening political grasp over the Russian population, and that Moscow and Washington should be able to reach deals on MD and CFE after the Russian and American presidential elections in March and November 2012. Nevertheless, the disconcerting nature of Russian threats indicates that Moscow believes that a new system of Euro-Atlantic security –as called for by Dmitri Medvedev after the August 2008 Georgia-Russia war – is long overdue. New thinking is urgently required to prevent a new conventional and nuclear arms rivalry.

The establishment of three International Peace Centres in Sevastopol, Kaliningrad and Cyprus could represent an effective means to implement a new framework for Euro-Atlantic security. These centres could be placed under the auspices of the NATO-Russia Council and work in cooperation with the UN, the OSCE, the European Union, the Collective Security Treaty Organization (CSTO), NATO’s Partnership for Peace, among other international organisations (and NGOs). Each of these centres could find ways to develop confidence and security building measures, deploy peacekeepers, and engage in the joint NATO-Russian-European protection of energy transit routes, as well as the implementation of joint missile defense systems where necessary, among other possible roles, such as countering terrorism, human trafficking and drug smuggling.

Rather than pressing for the ‘full’ NATO membership of Ukraine and Georgia, as still advocated by NATO, a Sevastopol Peace Centre would seek to establish a regional system of overlapping NATO-Russian-European security guarantees for the entire Black Sea/Caucasus region – in providing joint protection for energy transit from the Caspian to Black Sea, for example. As a step toward the resolution of the ‘frozen conflicts’, a Sevastopol Peace Centre could deploy Partnership for Peace peacekeepers in South Ossetia, Abkhazia, and other disputed areas similar to the 1995 Dayton peacekeeping accords for ex-Yugoslavia, working in coordination with, or else replacing, Russian/CSTO forces. Such a centre could also participate in the establishment of a joint NATO-Russian missile defense system. In such a way, the chances of renewed conflict, as forewarned by General Nikolai Makarov, could be mitigated.

A Kaliningrad Peace Centre could likewise provide joint protection for energy transit routes throughout the Baltic region, in addition to providing radar systems for joint missile defenses, if needed. As it would seek to enhance confidence between Russia and its neighbours, a Kaliningrad Peace Centre could open the door to conventional force inspections and verify reductions – in the process of seeking the elimination of tactical nuclear weapons on both sides. Such a centre could also work to bring Kaliningrad into a more cooperative political-economic relationship with the EU, so as to better reform the enclave with Russian backing and assistance.

A Cyprus Peace Centre (ideally situated in between the Greek and Turkish Cypriot sectors) could help oversee security throughout the Euro-Mediterranean. Such a centre could mediate between Greek and Turkish Cypriots through the deployment of UN-mandated peacekeepers acceptable to all sides (in that a political settlement may involve swaps of property and territory). Eventually, a Cyprus Peace Centre could assist in peacekeeping between Israel and the Palestinians, as well as between Israel, Lebanon and Syria – likewise assuming political settlements can eventually be found to these seemingly intractable conflicts.

Given disputes between Greece and Turkey over offshore energy resources near Cyprus, the role of this centre could also include protection of energy transit and resources for the benefit of all parties. In addition to aggravating tensions between Turkey and Greece (with the EU, the United States, and Russia backing Greek Cypriots, thus isolating Turkey), this offshore energy dispute has also exacerbated tensions between Israel, Lebanon and Egypt. The issue is complicated by the fact that Turkey (unlike Greece) does not recognize the Law of the Sea as covering the eastern Mediterranean due to the number and proximity of claimants. Assuming compromise involving ways to share offshore energy wealth can be found, the costs of peacekeeping – plus potential compensation for aggrieved Cypriots, if not other aggrieved parties throughout the region – could be paid for by sharing some of the financial proceeds from energy production. This step could lead to the establishment of an international trust fund for conflict resolution/mediation.

In many ways, the Cyprus question represents the primary stumbling block to the formation of a new framework for Euro-Atlantic security. As Ankara is directly involved in security questions involving both the Euro-Mediterranean and Black Sea regions, the resolution of the Cyprus dispute could help bring NATO-member Turkey into a new relationship with both the European Union and with Russia. Yet, if the dispute is not soon resolved, Ankara has threatened to ‘freeze’ relations with the EU once Cyprus presides over the European Union in mid-2012. It is consequently crucial that the promised January 2012 UN Peace Summit on the Cyprus question work toward the establishment of a new Cyprus Peace Centre. This could serve as the starting point for a more concerted NATO, Russian, European and Turkish approach to Euro-Atlantic security as a whole.