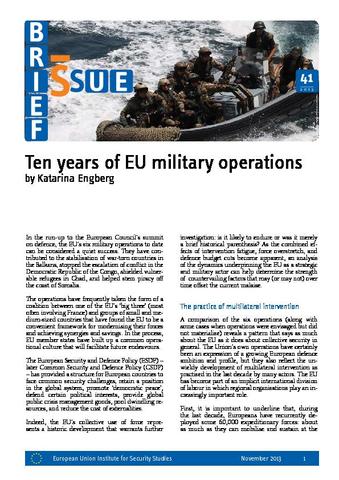 In the run-up to the European Council´s summit on defence, the EU´s six military operations to date can be considered a quiet success. They have contributed to the stabilisation of war-torn countries in the Balkans, stopped the escalation of conflict in the Democratic Republic of the Congo, shielded vulnerable refugees in Chad, and helped stem piracy off the coast of Somalia.  The operations have frequently taken the form of a coalition between one of the EU´s ‘big three’ (most often involving France) and groups of small and medium-sized countries that have found the EU to be a convenient framework for modernising their forces and achieving synergies and savings. In the process, EU member states have built up a common operational culture that will facilitate future endeavours.