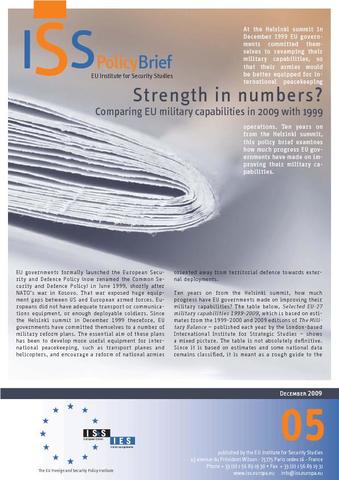 In the wake of the NATO war in Kosovo in 1999, which exposed major deficiencies in European military resources, the Helsinki Summit in December of that year saw EU governments pledging to revamp their military capabilities. But have EU governments delivered on their promises during the past decade?

As Daniel Keohane and Charlotte Blommestijn discover, the statistics paint a mixed picture. Although the level of government spending has increased in absolute terms, defence expenditure as a percentage of GDP has fallen. And while the number of aircraft and tanks remains high, many are unsuitable for particular missions. Some slow progress has been made, such as a reduction in the number of conscripted personnel and outdated equipment, but much more needs to be done if Europe is to fully wake from its Cold War slumber.