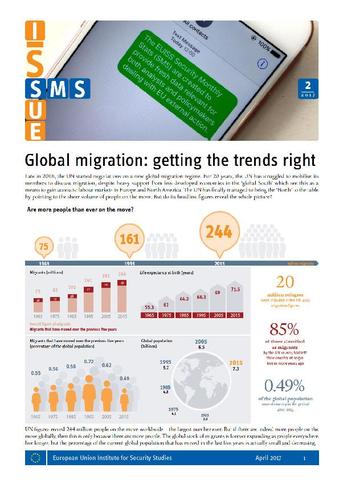 Late in 2016, the UN started negotiations on a new global migration regime. For 20 years, the UN has struggled to mobilise its members to discuss migration, despite heavy support from less-developed economies in the ‘global South’ which see this as a means to gain access to labour markets in Europe and North America.

The UN has finally managed to bring the ‘North’ to the table by pointing to the sheer volume of people on the move. But do its headline figures reveal the whole picture?

Are more people that ever on the move?

Do people move only South to North? Part 1

Do people move only South to North? Part 2

The EU migration crisis – Getting the numbers right