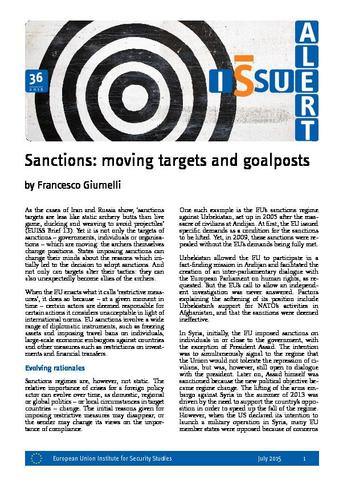 As the cases of Iran and Russia show, ‘sanctions targets are less like static archery butts than live game, ducking and weaving to avoid projectiles’ (EUISS Brief 13). Yet it is not only the targets of sanctions – governments, individuals or organisations – which are moving: the archers themselves change positions.

States imposing sanctions can change their minds about the reasons which initially led to the decision to adopt sanctions. And not only can targets alter their tactics: they can also unexpectedly become allies of the archers.