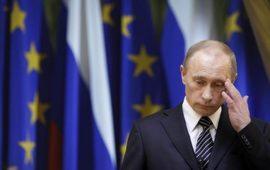 In many ways, both Soviet and post-Communist Russian policy in the Mediterranean can be clearly identified with classic Realpolitik. Like the Soviet Union, modern Russia has followed a policy of slow but steady strategic and economic penetration into the countries of the eastern Mediterranean, especially Turkey, Greece and Cyprus. It should be noted that this penetration was achieved primarily through indirect tactics. Rather than take overt political actions, Moscow supported various political groups and governments with a view to weaking ties with the West and extend Russian influence southward. This strategy manifested itself in the Kremlin’s stance on the Annan Plan for the reunification of Cyprus in 2004, when Russia torpedoed a UN resolution, backed by the EU, Turkey and the USA, to provide sufficient security guarantees for the implementation of the Plan.

In its attempt to keep all sides satisfied, the Kremlin followed an often contradictory policy in the Mediterranean. In times of peace and stability this relative inconsistency was not apparent, but when tensions came to a head and Moscow was forced to choose sides, it became clear that Moscow would prefer to adopt an ambiguous stance, appeasing one side so as not to jeopardise the progress it had made in its relations with another. This stance can be clearly seen in the differing Russian positions in the Syrian-Turkey conflict and in the Greco-Turkish confrontation over the Aegean Sea. Russia’s main objective was to ensure, at any cost, as broad an influence as possible in a region that was rapidly gaining importance on account of both its energy reserves and key strategic position.

In the last two years, under the pressure of the redrawing of the political map and the shifts in the traditional balance of power following the Arab Spring, European and Russian interests in the south-eastern Mediterranean have been at odds once again. One of the main reasons for this increase in tension is the way Moscow has sought to involve itself in the exploitation of recently discovered energy deposits in the Cypriot and Israeli Exclusive Economic Zones (EEZ), which are expected to lessen the dependence of the EU on Russian energy.

In 2011, Cyprus began experiencing significant difficulties due to the debt crisis in Greece, to which the island is closely linked economically. Despite the fact that Cyprus was due to be unable to pay the debt on bonds worth around €1.2 billion in early 2012 without external financial assistance, in August 2011, the European Commission announced that it would not be allocating credits to Cyprus, similar to those issued previously in Greece. As Cypriot banks - the fundamental pillar of the island’s economy - were heavily exposed to the debt of the Greek state and large sums of rescue money were required to shore them up, credit rating agencies dramatically downgraded Cypriot debt rating to junk status. Since Cyprus was then effectively excluded from international markets, many believed the island had no other choice but to seek help from Russia, which granted Cyprus a loan of €2.5 billion with the favourable interest rate of 4.5% in December 2011.

This deed enabled Moscow to achieve two goals simultaneously: secure the enormous sums of Russian money deposited in the island's troubled banks, and strengthen the already solid existing political and economic ties to Nicosia. Western diplomats are now concerned about the services Nicosia will have to offer Moscow by way of repayment, particularly with regard to energy resources. Unlike China, that offered financial aid to several EU-countries, it is perceived that Russia focused on Cyprus because of the invested Russian capital in the island which it hopes can be incorporated in the development of the energy resources located there.

In addition to the large reserves of natural gas recently discovered in the Levant Basin Province off the west coast of Israel, the Cypriot government announced in December 2011 that a huge gas field had been discovered off the south coast of Cyprus in the Nile Delta Basin. This means that, when taken together, the Nile Basin and Levant Basin reserves establish the Eastern Mediterranean as having world-class potential for untapped natural gas. As European demand for the relatively clean power of natural gas will remain high, the recent discovery of energy deposits in the EEZ of an EU-country is a development of supreme importance.[1]

The problematic situation in Syria constitutes the second field of competition between the EU countries and Russia due the latter's reluctance to take more serious steps against the bloody repression of opposition forces by the Syrian government. Some newspaper reports, have even suggested that Cyprus may be being used by Russia as a shipment route to provide, in violation of the EU arms embargo, assistance to the government of Bashar al-Assad; a claim repeatedly denied by Nicosia.

In combination with the recent animosity and break down in relations between Turkey and Israel, natural gas has led Israel and Cyprus (and by extension Greece) into a natural economics and political alliance. The formation of a geostrategic triangle between Greece, Israel and Cyprus, with the blessing of the United States, may have been accelerated by the Arab Spring but is also based on geopolitical expediencies. Given Turkeys’ neo-Ottoman ambitions to be recognised as the Muslim world’s leading power and its breakdown in relations with Tel Aviv, as well as the ongoing instability in Egypt, Israel’s only politically safe and culturally friendly passage to the West is through Greece. Moreover, any pipeline distributing natural gas to Europe from the eastern Mediterranean would have to pass through Greece. Indeed, this alternative and reliable source of natural gas for Europe could finally provide what the ill-fated Nabucco pipeline is unlikely to ever deliver.

Turkey has also threatened the Republic of Cyprus with military action over its plan to conduct exploratory drilling in ‘Block 12’ of its maritime EEZ and contests the rights of Cyprus to extract gas and oil in the area with the relatively weak argument that these fields are situated in disputed international waters. EU countries believe it is preferable to back the legal claims of Cyprus, as opposed to more difficult partners in the region such as Turkey, Syria or Lebanon.

Regarding Russia’s policy, Moscow has for decades used its natural gas exports as the principal means of projecting economic and political influence in Europe. Selectively allowing or denying access to Russian natural gas supplies has given Moscow considerable leverage over the political and security stances of countries dependent on those supplies. With this in mind, it is therefore of great importance that Turkey and Russia signed an agreement on 28 December 2011 on the South Stream natural gas pipeline, granting Russia permission to build the South Stream gas pipeline through Turkey’s EEZ. On the same day, Gazprom signed an annex to its gas contracts with the Turkish corporation BOTAS, allowing it to increase the supply of Russian gas. The agreement serves to strengthen Russia’s bargaining position with Ukraine but also Turkey’s bargaining position with the USA and Europe regarding the EU accession process.

However, while the EU and the United States have little to gain from Russian involvement in exploration and production of gas in the eastern Mediterranean, Israel, Cyprus, and Greece welcome a Russia presence, perceiving it to offer potential political backing in any confrontation with Turkey and in Israel’s case with other hostile neighbours. Meanwhile, Gazprom is making an effort to purchase stakes in Greece’s main state-run gas and oil company (DEPA) as part of its strategy to expand its presence across south-eastern Europe. The DEPA company is one of the participants in the South Stream project and the main gas supplier to the Greek market. As a result of these close economic links, Greek opposition, anti-bail-out parties are asking the government to consider a loan from Russia instead of accepting EU bailout assistance linked to strict austerity measures.  At the same time, Russian President Vladimir Putin visited Israel in July 2012 to promote a Gazprom deal with the Israeli government on gas extraction, while a preliminary agreement for the purchase of 2‐3 million tons of liquefied natural gas has already been reached as Gazprom attempts to strengthen its position in southern Mediterranean markets.

Given the severe economic problems currently facing the EU, Mediterranean countries may look for alternative partners, not only Russia but also China or other international players. As a result, a complex challenge for EU foreign policy is the improvement of relations between the Republic of Cyprus and Turkey, given the fact that as long as Turkey does not recognise Cyprus, the state holding the rotating EU Presidency at the moment, the EU accession process with Turkey will remain stalled. Adding to these complications, Turkey has also begun exploring for oil and gas in the non-internationally recognised EEZ of Northern Cyprus and launched military exercises in the south-eastern Mediterranean.

The EU has to manage a difficult balancing act: preserve its special relationship to Israel, avoid alienating Turkey, and securing its energy interests in the region, while containing Russian influence in the Mediterranean without provoking Moscow. A very effective way to achieve this balance would be the creation of a comprehensive energy partnership (in a similar form with the Eastern Partnership) with all of the international and maritime law-abiding countries of the region that possess drilling rights in the Nile and Levant Basin. In doing so, the EU could guarantee the necessary legal and security framework for the solid and cooperative exploitation of existing energy deposits and secure privileged access to precious energy supplies.

Russia — Insights from a changing country