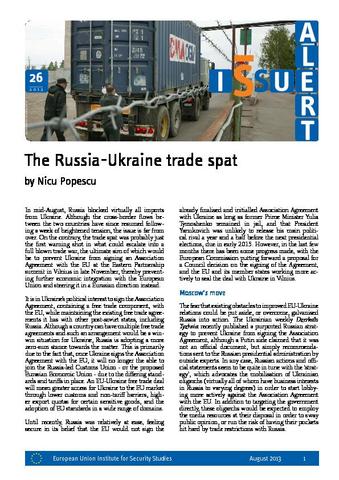 In mid-August, Russia blocked virtually all imports from Ukraine. Although the cross-border flows between the two countries have since resumed following a week of heightened tension, the issue is far from over. On the contrary, the trade spat was probably just the first warning shot in what could escalate into a full blown trade war, the ultimate aim of which would be to prevent Ukraine from signing an Association Agreement with the EU at the Eastern Partnership summit in Vilnius in late November, thereby preventing further economic integration with the European Union and steering it in a Eurasian direction instead.