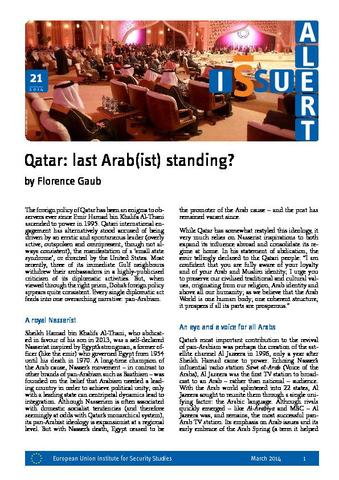 The foreign policy of Qatar has been an enigma to observers ever since Emir Hamad bin Khalifa Al-Thani ascended to power in 1995. Qatari ­international engagement has alternatively stood accused of being driven by an erratic and spontaneous leader (overly active, outspoken and ­omnipresent, though not always consistent), the manifestation of a ‘small state syndrome’, or directed by the United States. Most recently, three of its immediate Gulf neighbours withdrew their ambassadors in a ­highly-publicised criticism of its diplomatic activities. But, when viewed through the right prism, Doha’s foreign policy appears quite consistent. Every single diplomatic act feeds into one ­overarching narrative: ­pan-Arabism.