Q: The Arab democratic wave and the Middle East: a window of opportunity? 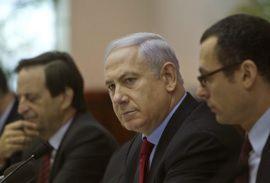 A: Not for Israel

After losing Turkey and Egypt, evacuating its embassy in Jordan and awaiting further conflict on the eve of a looming Palestinian statehood, Israel’s foreign policy is in ruins.

The deterioration of the Turkish-Israeli relationship is often linked to Turkey’s democratisation. Will a post-revolutionary and potentially democratic Egypt follow a similar path? And what are the consequences of this for Israel?

From its beginning, Jerusalem’s foreign policy in the Middle East has been based on non-democratic alliances. The Shah of Iran as well as Ethiopia’s emperor Haile Selassie were important allies of the Hebrew state, and in the 1990s, Turkey’s military elite strengthened their already good relations to Israel. As the Kemalists did not feel obliged to respect the will of Turkish voters, their strategic alliance with Israel was based on security interests, rather than popular sympathies. Both countries saw themselves as natural partners of the US and shared hostile feelings towards most of their Middle-Eastern neighbours. As this partnership developed, Israel supplied military equipment while Turkey opened its airspace to Israeli military exercises. However, the majority of Turks remained deeply sceptical about this relationship and following the election of the mildly Islamist AK party in 2002, it became increasingly difficult for Turkish leaders to justify the special relationship with the Zionist state to their conservative Muslim voters.

Prime Minister Recep Tayyip Erdogan, a strong supporter of the Palestinians, has not missed any opportunity to criticise Israel,  particularly since the Gaza War at the end of 2008. The prime minister’s recent stronger rhetoric is not only a result of his personal temper, it is also a reflection of changing domestic political dynamics. As Erdogan has gradually strengthened his position vis-à-vis the secular army, he can now conduct a more independent foreign policy and is no longer required to unconditionally respect the Turkish-Israeli alliance. The killing of nine Turks during the Gaza flotilla raid in 2010 and the constant refusal of the Netanyahu government to formally apologise for the incident then dealt the final blow to this fraying relationship. Today, Erdogan’s warning to send warships to the eastern Mediterranean even brings both countries to the brink of war. Interestingly enough, 2011 is not the only year where Turkish-Israeli relations have reached an all-time low. On the domestic level, 2011 also marks the end of the historic power struggle between Erdogan and the Kemalist elite, culminating with the resignations of Turkey’s top generals and the arrest of hundreds of former and current military officers on charges that they conspired against the AK party government.

Regarding Egypt, the security perspectives for Israel look even grimmer. Although Turkey was the first Muslim country to recognise the Hebrew state in 1949, Egypt was the first Arab nation to do so in 1979. The Camp David Accords may have terminated the state of war, but the two nations have never enjoyed a warm peace. The vast majority of Egyptians continued to perceive their neighbour as an enemy. Egypt’s authoritarian rulers, although not exactly enthusiastic about their new friends, were convinced to overlook their dilemma by other incentives. Since 1979, the US has paid Cairo 35 billion dollars in military aid and has turned its armed forces into one of the largest militaries in the world. According to US embassy cables revealed by WikiLeaks, Hosni Mubarak viewed this money as an “untouchable” reward for keeping peace with Israel. Following the Egyptian revolution that led to Mubarak’s ouster in February, the ruling generals of the Supreme Council of the Armed Forces (SCAF) have been faced with the same dilemma: should they give in to the pressure of the street and pursue a more hostile policy towards Israel, or should they protect the integrity of the peace treaty that guaranteed them billions of dollars? At the moment, relations could hardly be worse. The recent storming of the Israeli embassy in Cairo and the killing of six Egyptian soldiers near the border who were mistaken by the IDF to be terrorists, continue to damage relations between the two countries. In addition, while no predictions can be made over Egypt’s first democratic elections at the end of this year, the Muslim Brotherhood and other Islamist parties who strongly oppose the treaty will definitely play a future role in politics.

For the first time in decades, the Hebrew state stands without any dependable friend in the region. After losing Turkey and Egypt, evacuating its embassy in Jordan and awaiting further conflict on the eve of a looming Palestinian statehood, Israel’s foreign policy is in ruins. Despite this fact, recent comments by Foreign Minister Avigdor Lieberman supporting Turkey’s arch-enemy, the Kurdistan Worker Party (PKK), suggest that Israel prefers to remain obstinate rather than fundamentally reassess its security and foreign policy. Lobbying against the Palestinian state is just another indication that Israel is wrongly sticking to its present course. For its own sake, Jerusalem should approach its former allies, apologise for the disastrous Mavi Marmara incident and accept the new realities in the region. This is particularly important as Erdogan will not leave the stage in the immediate future, nor will Mubarak return.