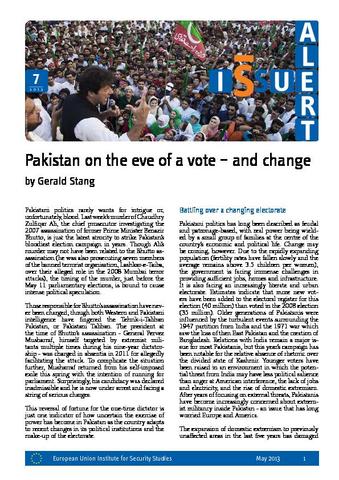 Pakistani politics rarely wants for intrigue or, ­unfortunately, blood. Last week’s murder of ­Chaudhry Zulfiqar Ali, the chief prosecutor investigating the 2007 assassination of former Prime Minister Benazir Bhutto, is just the latest atrocity to strike Pakistan’s bloodiest election campaign in years. Though Ali’s murder may not have been related to the Bhutto assassination (he was also prosecuting seven members of the banned terrorist organisation, Lashkar-e-Taiba, over their alleged role in the 2008 Mumbai terror attacks), the timing of the murder, just before the May 11 parliamentary elections, is bound to cause intense political speculation.

Those responsible for Bhutto’s assassination have never been charged, though both ­Western and ­Pakistani intelligence have fingered the ­Tehrik-i-Taliban ­Pakistan, or Pakistani Taliban. The president at the time of Bhutto’s assassination - ­General ­Pervez ­Musharraf, himself targeted by extremist militants multiple times during his nine-year dictatorship - was charged in absentia in 2011 for ­allegedly ­facilitating the attack. To complicate the situation further, Musharraf returned from his self-imposed exile this spring with the intention of running for parliament. Surprisingly, his candidacy was declared ­inadmissible and he is now under arrest and facing a string of serious charges.

This reversal of fortune for the one-time dictator is just one indicator of how uncertain the exercise of power has become in Pakistan as the country adapts to recent changes in its political institutions and the make-up of the electorate.