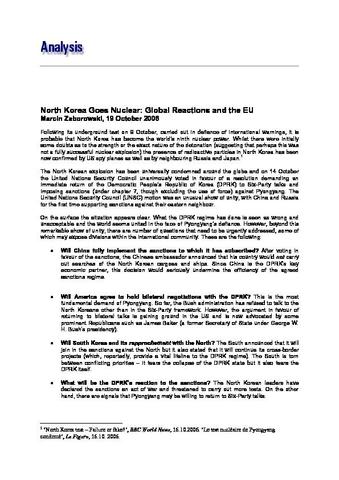 Following its underground test on 9 October, carried out in defiance of international warnings, it is probable that North Korea has become the world’s ninth nuclear power. Whilst there were initially some doubts as to the strength or the exact nature of the detonation (suggesting that perhaps this was not a fully successful nuclear explosion) the presence of radioactive particles in North Korea has been now confirmed by US spy planes as well as by neighbouring Russia and Japan.