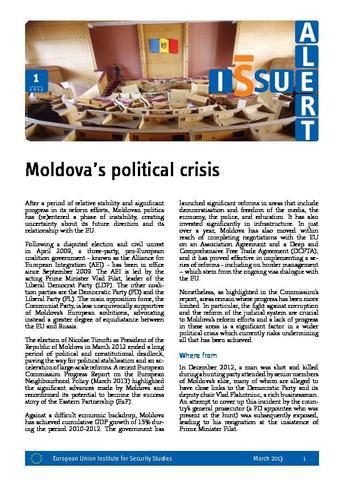 After a period of relative stability and significant progress in its reform efforts, Moldovan politics has (re)entered a phase of instability, creating uncertainty about its future direction and its relationship with the EU. Following a disputed election and civil unrest in April 2009, a three-party, pro-European coalition government - known as the Alliance for European Integration (AEI) - has been in office since September 2009. The AEI is led by the acting Prime Minister Vlad Filat, leader of the Liberal Democrat Party (LDP). The other coalition parties are the Democratic Party(PD) and the Liberal Party (PL). The main opposition force, the Communist Party, is less unequivocally supportive of Moldova's European ambitions, advocating instead a greater degree of equidistance between the EU and Russia.